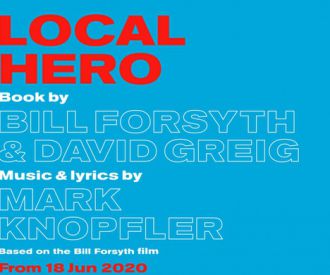 Local Hero, a best-selling 1983 comedy film created and directed by Bill Forsyth, is coming to life on stage in a musical production. Local Hero follows the story of a American oil representative who is trying to buy the town of Furness so that he can set up an oil refinery.

With music and lyrics from by Mark Knopfler as well as a book by Bill Forsyth and David Greig, Local Hero the Musical boasts a star-studded creative team. After enthralling audiences around the globe at its world premiere in Edinburgh, Local Hero is expected to sell out extremely fast so buy your tickets now!

Set in Scotland 1983, Local Hero centre around Mac McIntyre, a driven oil executive who is sent by oil billionaire Haper to buy an entire Scottish village so that he can build an oil refinery. However, a local, Ben Knox, lives on an important beach which he owns and he is not willing to give it up to the American oil company...

Local Hero tickets range from £37 to £65 depending on where you choose to sit in the Old Vic theatre. The Old Vic theatre has a capacity of 1,031 seats and it is divided across three levels the Stalls, the Dress Circle and the Lilian Baylis Circle.

If you are looking for premium seating, then this can be found in can be found in the mid-front of the Stalls, specifically in rows E-L. You can also enjoy incredible views of the stage if you sit in the Dress Circle.

Train : If you are taking national rail services, then the closest train station is Waterloo and Waterlook East station which is a three minute walk away from the Old Vic.

Bike : if you are cycling to the theatre, then you can use the bike racks located on Webber Street, Lower Marsh and Waterloo Road. Another option is the Santander Cycle hire docking stations next to The Old Vic.

Car : the Old Vic is inside of the Congestion Charge Zone which applies from 7am until 6pm and costs £11.50 per day.

However, if you do decide to take the car, then the closest car parks to the theatre are the Hayward Gallery and Hungerford Bridge (both open between 7am–1am daily)

There are 3 steps from street level to the main foyer of the Old Vic Theatre which is situation on The Cut. However, there is an alternative, step free entrance which is at the side of the theatre on Waterloo Road

Access is limited at the Old Vic, due to its age, the Lillian Baylis and Dress Circle are not easily accessible for customers with limited mobility. However, the Stalls are wheelchair accessible from the foyer and there are 10 wheelchair spaces.

Facilities for Deaf and Hard of Hearing Patrons

The Old Vic Theatre has Sennheiser Infrared System. There are two different types of hearing devices available: headsets or neck loops. Headsets can be collected from the main foyer. You can loan the headsets or neck loops from the box office for a £5 returnable deposit. Please notify the theatre beforehand so that they can advise you on the best places to sit in the theatre to use this system.

You can find access toilets located at the Penny bar and at the basement level there is also a gender neutral toilet. 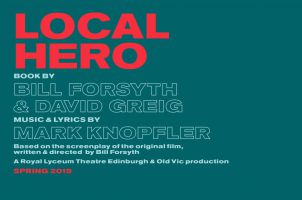 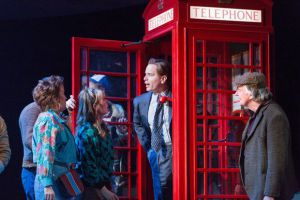 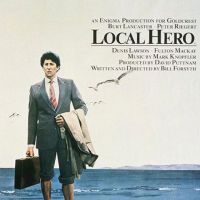 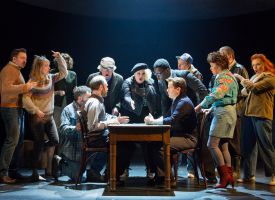 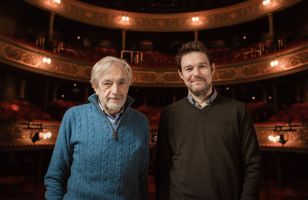