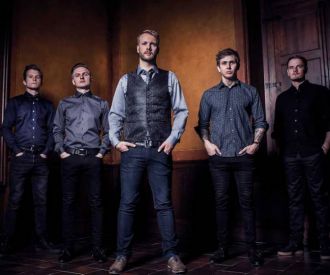 Originally from the town of Notodden in Norway, the town which is the home of bands including Emperor, Zyklon, Ihsahn, Peccatum and several others. Formed in 2001, Leprous was founded by singer and keyboardist Einar Solberg and Tor Oddmund Suhrke. The band released their debut album, Tall Poppy Syndrome, in 2009 which was met with international acclaim.

After gaining prominence off the back of Tall Poppy Syndrome (2009), Leprous has released several successful albums including Coal (2013), The Congregation (2015) and Malina (2017), which moved into the rock-orientated genre. Having garnered recognition internationally, Leprous has made a name for itself in the heavy metal music world.

In 2021, Leprous are embarking on an extensive international tour and visiting the Electric Ballroom in London in December 2021. Known for their electrifying, high-energy performances, Leprous are not to be missed experiencing live in concert!

What are Leprous’ biggest hits?


Leprous’ biggest hits include Illuminate, the Cloak, The Price, Celeste, Scar of the Sun, Head For the Dead, Edge of Paradise, Rhapsody of Fire, Black Royal and Assumption.


What are Leprous’ albums?

Who are the band members of Leprous?


Lerprous are going on an international tour in 2021 and visiting London in December 2021.

Where are Leprous from?

Leprous are originally from Notodden, Norway.

What genre of music are Leprous?

When did Leprous form?

LEPROUS - The Sky Is Red (Drum Playthrough by Baard Kolstad)