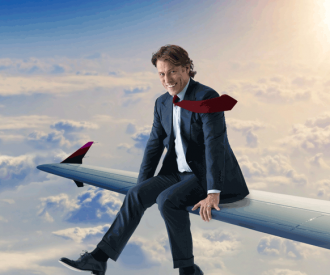 There is no doubt that award-winning comedian John Bishop is not only one of the most high-profile comics in the country, but has become a national treasure. Oozing charisma and boasting a hilarious, relatable humour which draws on his real life experiences, Bishop has sold out arenas with his incredible live performances.

Hailing from Liverpool, Bishop’s comedy career began when he started performing stand-up comedy in Manchester in 2000 and a year later, he was a finalist in all of the major new act competitions including So You Think You're Funny, the Daily Telegraph Open Mic Awards, the BBC New Comedy Awards as well as winning the Comedian of the Year Award.

Following this, Bishop’s comedy career took off and in 2002, he won the title of best newcomer by BBC Radio Merseyside and in 2009, he achieved the Edinburgh Comedy award. Having raised £4.2 million for Sport Relief in 2012, Bishop is also known for his charity work.

John Bishop has announced an extensive UK tour for 2020 which is titled ‘Warm Up Show’ and visits most major UK cities. Having enjoyed numerous sell-out shows in the past, tickets are expected to sell out fast so grab them while you can to experience one of the UK’s most legendary comedians perform live on stage!