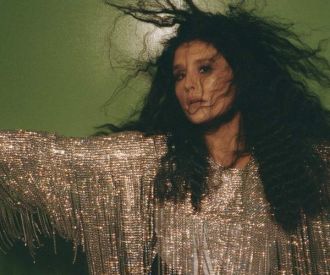 Renowned for her soulful vocals and unique style rooted in R&B and electronic music, two-time Brit nominee Jessie Ware has captivated audiences with her plethora of successful songs centred around love and longing.

Raised in Clapham, London, Jessie Ware started her music career by providing backing vocals at live shows for Jack Penate and Man Like Me. After meeting SBTRKT through her friends, she collaborated with them on ‘Nervous’ (2010) and lead singer Sampha on Valentine (2011) which led to a record deal with PMR Records.

Following the release of her debut solo album Devotion (2012) which peaked at number five in the UK Albums Chart with the single ‘Wildest Moments’, Jessie Ware released her follow-up record, Tough Love (2014), which reached number nine in the UK. Since then Jessie Ware has released her next two albums, Glasshouse (2017) and What’s Your Pleasure (2020), which was met with critical acclaim.

To support her 2020 album, Remember Where You Are, Jessie Ware has announced an extensive national tour to most corners of the UK, after having to reschedule dates due to the Coronavirus pandemic cancellations. Experience Jessie Ware’s powerful songs live in concert and sing along!

What are Jessie Ware’s biggest hits?


What are Jessie Ware’s albums?

Where is Jessie Ware from?


Jessie Ware is originally from Hammersmith, London, but grew up in Clapham.


What genre of music is Jessie Ware’s music?

When did Jessie Ware start her music career?

Has Jessie Ware won any awards?