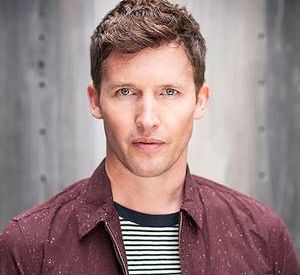 Following the release of his best-selling single You’re Beautiful in 2005, which moved the hearts of the nation and hit No1 in the UK singles chart, James Blunt enjoyed a meteoric rise to stardom in the UK and beyond.

Originally from Wiltshire, England, James Blunt experienced a military upbringing and attended the University of Bristol on an army scholarship and went onto train at the Royal Military Academy Sandhurst. Once he had climbed the ranks to become captain, James Blunt served as a NATO peacekeeper in Kosovo.

James Blunt then turned his attention to pop music, signing to Linda Perry’s Custard Records label in 2004 and released back to Bedlam in 2004 which featured both You’re Beautiful and the top ten single Goodbye My Lover. Blunt has since released several albums since then including All Lost Souls (2007), Moon Landing (2013), which featured the hit Bonfire Heart, and Once Upon A Mind (2019) which have all been met with international acclaim.

To celebrate the release of Once Upon A Mind in 2020, James Blunt is touring to a number of UK cities in 2021 including London, Essex and Bournemouth. Expect James Blunt’s most recent material from Once Upon A Mind as well as some of his old classic hits, such as You’re Beautiful and Goodbye My Lover, which are unbelievable to experience live in concert!

What are James Blunt’s biggest hits?


What are James Blunt’s albums?

What genre of music is James Blunt?

When did James Blunt begin his music career?

Following serving in the military as a captain, James Blunt began his music career in 2004 with the release of his debut album Bedlam

Which awards has James Blunt won?

Where is James Blunt from?

James Blunt is originally from Wiltshire.