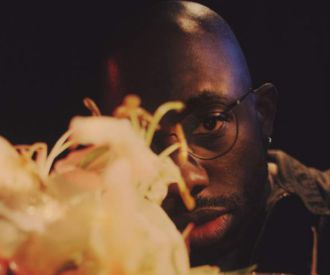 Ghostpoet, the stage name for Obaro Ejimiwe, is known for his unique sound which fuses electronica and rock music. A talented vocalist and musician, Ghostpoet’s first album, “Peanut Butter Blues & Melancholy Jam”, was shortlisted for the 2011 Mercury Prize and his 2015 album, "Shedding Skin", also received a Mercury Prize nomination.

Originally hailing from London, Ghostpoet launched his career with his first album “Peanut Butter Blues & Melancholy Jam”, followed by his debut single, “Cash & Carry Me Home”. He then went on to release several albums, including his latest upcoming release,”‘I Grow Tired But Dare Not Fall Asleep” which is coming in May 2020.

Ghostpoet has headlined several of his own UK tours and has also supported different artists, including Metronomy  and Jamie Woon, as well as performing at hugely popular festivals such as Glastonbury and The Secret Garden Party.

To support his fifth 2020 album “ I Grew Tired But Dare Not Fall Asleep” and kick off the summer season, Ghostpoet has announced a UK tour and visits most major UK cities as well as several European festivals. While he is mainly performing his new material, you can also enjoy his favourites hits from his previous albums. Grab your tickets now for Ghostpoet live in concert in a city near you!

What are Ghostpoet’s most famous songs?

Ghostpoet’s most famous songs are “Cash & Carry Me Home”, “Come Near Me” with Massive Attack, “X Marks the Spot”, “Us Against Whatever Ever”, “Survive It”, “Sorry My Love It’s Not Me”, “Be Right Back, Moving House”.

What are Ghostpoet’s most famous albums?

Ghostpoet’s most famous albums are “Peanut Butter Blues and Melancholy Jam”, “Some Say I So I Say”, “Shedding Skin”, “The Sound of Strangers” and “ I Grow Tired But Dare Not Fall Asleep”.

Yes, in 2020/2021, Ghostpoet is going on a European tour and visiting the UK cities of Bristol on Friday 20th November, Manchester on 21st November and Nottingham on 22nd November.

What is Ghostpoet’s biggest hit?

Ghostpoet’s number 1 hit is “Some Say I So I Say Light”.

What is Ghostpoet’s real name?

What is the name of Ghostpoet’s first album?

When did Ghostpoet begin his music career?

Ghostpoet launched his music career in 2009.

When was Ghostpoet born?

Where is Ghostpoet from?

Ghostpoet is from London, UK.

Ghostpoet - Us Against Whatever Ever