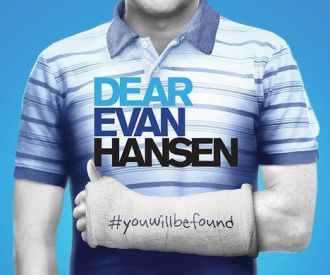 In more ways than one, Dear Evan Hansen has made musical history. Having enjoyed an incredibly successful run on Broadway, the six-time Tony award winning musicaltransfers to the West End to captivate British audiences with its sensational musical pop-rock numbers, breaktaking special effects and compelling storyline. The show follows the story of Evan Hansen, a young boy with severe social anxiety, whose letter gets in the wrong hands and then his life is changed forever….

Suffering from social anxiety, high schooler Evan Hansen struggles to fit in at high school. While his single mother Heidi tries her best to help him, she is struggling to get by herself. After seeing a therapist, Evan Hansen is advised to write letters to himself as a way of coping with his anxiety.

Although this method appears to work at first, one day at school the letters get into the hands of a troubled boy at school. Evan Hansen suddenly finds himself in an exceedingly difficult situation which seems impossible to get out of...

The prices for Dear Evan Hansen tickets range from £55.00 to £210. The show takes place in the Noel Coward Theatre which has a capacity of 872 seats and the theatre is divided into the Balcony, the Royal Circle, the Grand Circle and the Stalls. Premium tickets can be found in the middle of the Stalls and on the Balcony of the Royal Circle.

If you are looking for cheaper tickets, we recommend that you book tickets for the Balcony or the Grand Circle seats. There are also more reasonably priced tickets at the back of the Stalls. Although these seats have restricted viewing and are further back from the stage, you can still enjoy the incredible theatrical atmosphere.

How do I get to Noel Coward Theatre?

There are discounts for disabled theatregoers along with one companion. If you are eligible for this, please discuss your visit and either call 03444825137 or email access@delfontmackintosh.co.uk. Staff will also take drinks to access customers as the three licensed bars are 20 steps down from the main foyer, 2 steps up form the Stalls and at Royal Circle and Balcony levels.

You can hire an infra-red headset for a returnable deposit of £5. These are available from the Cloakroom from the duty manager in the Foyer. There is No Loop system available in the auditorium.

Guide Dogs are welcome in the auditorium or staff are happy to dog sit.

When you enter the auditorium using the main entrance on St Martin’s Lane, there is a ramp through the front door. There are two spaces for wheelchair/scooter users or 1 wheelchair user and a companion. There is transfer seating available for any aisle seat in Royal Circle. Only up to 2 wheelchairs and 2 scooters maximum.

There are disabled toilets available on the Foyer level by the Cloakroom.

Dear Evan Hansen will be showing at the Noel Coward Theatre from the 19th of November 2019 until the 30th May 2020.

Dear Evan Hansen will be showing every evening apart from Sunday at 19:30

There will also be Matinee performances at 14:30 on Wednesdays and Saturdays.

Who is in the Dear Evan Hansen London cast?

What songs are in Dear Evan Hansen the Musical?

Who is in the Dear Evan Hansen UK cast?

How long is Dear Evan Hansen the Musical?

Dear Evan Hansen the Musical is 2 hours and 30 minutes long.

What is Dear Evan Hansen the Musical about?

Dear Evan Hansen follows the story of an American boy who suffers from social anxiety and, after his letter gets in the wrong hands, he finds himself in an extremely difficult situation.

Where is Dear Evan Hansen the Musical playing in London?

The book for Dear Evan Hansen was written by Steven Levenson and the musical score is written by the Greatest Showman Benj Pasek & Justin Paul.

Is Dear Evan Hansen the Musical going on a UK tour?

No Dear Evan Hansen is not going on tour and visiting the cities of Manchester, Bristol, Birmingham, Edinburgh and Glasgow.

When did Dear Evan Hansen the Musical first premiere?

"Only Us" | DEAR EVAN HANSEN