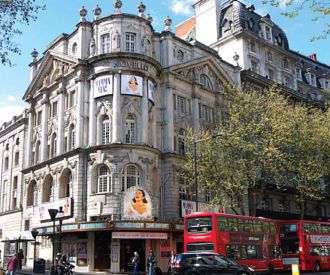 The Novello Theatre lies just across the road from its sister theatre, the Aldwych Theatre, in the City of Westminster. From 2005, it was home to the Royal Shakespeare Company and hosted shows such as Twelfth Night, The Comedy Of Errors, A Midsummer Night's Dream and As You Like It. In 2006, it welcomed the London premiere of Broadway musical Footloose and then the RSC made its return for the 2006-2007 season. It is now it home to the smash-hit musical Mamma Mia which has thrilled over 40 million viewers.

Boasting a 1,000 seat capacity, the Novello Theatre is one of the larger theatres in the West End and is split into four sections: The Stalls, The Dress Circle, The Grand Circle and the Balcony. Split across four levels, the Stalls, the Dress Circle, the Grand Circle and the Balcony, the majorty of seats in the Novello Theatre are concentrated in the Stalls. Seat prices vary greatly depending on where you choose to sit in the theatre so look carefully.

As by far the biggest area of the theatre opposite the stage with 479 seats; some of the best seats in the house can be found here as well as some slightly cheaper ones further back.

As the second largest area of the the theatre, the Dress Circle has 249 seats and hangs just above the Stalls.

This section of the theatre is considerably smaller than the Dress Circle and has only 214 seats.

The Balcony is the section of the theatre furthest away from the stage and has 142 seats.

There are not many notable obstructions in the Novello Theatre but given that it is a big auditorium, there is some restricted viewing in the areas furthest away from the stage and at the sides of the theatre.

The phone lines are open 10.00am to 8.00pm, Monday to Saturday. Bank holiday opening times may vary.

If you are choosing to take public transport, here are the options:

Or you can email: access@delfontmackintosh.co.uk

The main entrance of the Novello theatre is located on Aldwych Street which must be accessed by steps. The accessible entrance is on Catherine Street which has a chairlift that allows patrons to get to the Dress Circle.

There is no customer lift so all sections of the theatre must be accessed by stairs.

Guide dogs are welcome in the auditorium or they will look after them.

As one of the most long-standing theatres in the West End, the Novello Theatre has undergone several name changes. When it first opened in 1905, the Novello Theatre was known as the Waldorf Theatre. Beginning with an eight-week season of opera and drama, the cinema started off with a bang as it starred well-known opera singers Emma Calve and Eduoard de Reszke. A few years later, in 1913, the theatre was renamed the Strand and only 2 years later, it was renamed the Whitney Theatre. However, shortly after, just before WW1, the Novello theatre reverted back to being named the Strand.

It was only until 2005, that the Novello Theatre received the name it has today and also experienced a dramatic refurbishment. The theatre is now named after actor, composer and playwright Ivor Novello, who lived just above the theatre in flat between 1913 and 1951. The name has stuck ever since and it remains to be a major theatre in the West End. 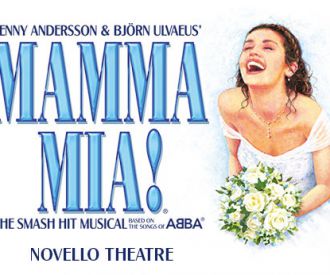