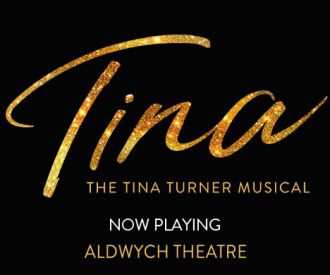 Rock & roll, blues, success, sacrifice... but above all else, passion and music. The life of Tina Turner is an amazing journey which we can now see on stage in London with an exciting musical production! The story begins in the thirties, when the singer was born in a little town in Tennessee, and it continues to the present day, just when she has decided to put an end to her creative retirement to bring to life a musical that has been captivating the West End. Winner of 10 Grammy awards, Tina Turner has been described as queen of rock 'n 'roll with her countless smash-hits!

Since it opened in April 2018, its home in the West End has been witness to the huge success of the Tina Turner musical. It has been so successful that productions have already been announced in Hamburg (Spring 2019) and Broadway (Autumn 2019).  Written by the Olivier-Award winning Katori Hall and directed by Phyllida Lloyd, Tina Turner the Musical boasts a star studded creative team. Book tickets now for an unforgettable evening of entertainment!

The musical is a reflection of Tina Turner’s life, of the hard road to success that her life has been. “It is possible to turn poison into medicine”, the singer said about the musical.

Set in the small town of Nutbush, Tennessee, Tina Turner, who was formally Anna Mae Bullock, grew from humble beginnings during the 1930s. Her first steps in the music industry were by no means easy; her path was full of obstacles and conflicts and we learn all about them in the show.

Her worldwide success, her struggle, the physical and psychological abuse she suffered from her husband Ike Turner, her personal growth... These are some of the realities we will discover in the show, always seasoned by the American singer’s most iconic songs. Enjoy watching the iconic Grammy award winning singer Tina Turner's life transformed into a live stage production today!

The Aldwych Theatre is a spacious venue, with three floors and a wide range of tickets from which to choose. Prices range from 10 pounds in the cheapest seats to 129 pounds for Level 1 Premium seats.

Tina Turner, The Musical is a show that is in great demand, with many performances completely sold out.

Do you want to see the musical in the next few weeks?

We have a few tricks up our sleeves! Monday to Wednesday performances, for example, are usually less in demand. It is very likely that there some seats will be available in the weeks to come.

Matinee tickets are usually the first to sell out, as are weekend tickets (Fridays and Saturdays). If you want to attend these performances, plan your visit in advance. VIP tickets are very limited.

Do you want tickets for today or this week?

Reduced visibility tickets are usually the last to be sold, and you really only miss a small section of the stage.

The theatre is in the very heart of London, between Covent Garden and Temple stations. Therefore, it is really easy to get to the theatre on public transport, so you don’t need to worry about parking.

How can I get to the Aldwych Theatre?

Will the musical go on tour?

For the time being, it will continue to be performed in London, but it has already been announced that there will be another two productions in Hamburg and Broadway.

What are the cheapest tickets?

Cheapest tickets start at 10 pounds, but they sell out very quickly and are hard to come by. It is much easier to find tickets at 19.50 pounds, however: they are located in the last row of the Grand Circle, and they usually have good availability.

Throughout 2019, there will be performances from Monday to Saturday at 7:30pm. There are also matinee performances on Thursdays and Saturdays at 2:30pm.

Who is in the Tina Turner the Musical Cast?

Nkeki Obi-Melekwe as Tina Turner, an actress widely acclaimed by audiences and critics alike. She is joined by Kobna Holdbrook-Smith as Ike Turner, Madeline Appiah in the role of Zelma Bullock, Lorna Gayle as Gran Georgeanna, Tom Godwin in the roles of Phil Spector and Terry Britten, Francesca Jackson as Rhonda Graam, Aisha Jawando is Alline Bullock, Natey Jones is Richard Bullock and Raymond Hill, Gerard McCarthy is Erwin Bach, Ryan O’Donnell is Roger Davies, Kit Esuruoso as Craig Hill, Jason Langley as Carpenter and Martyn Ware and Baker Mukasa in the role of Ronnie Turner.

What songs will I be able to hear at Tina Turner, The Musical?

Nutbush City Limits, Don't Turn Around, Shake a Tail Feather, The Hunter, It's Gonna Work Out Fine, A Fool in Love, Let's Stay Together, Better Be Good to Me, I Want To Take You Higher, River Deep Mountain High, Be Tender with Me Baby, Proud Mary, I Don't Wanna Fight, Private Dancer, Disco Inferno, Open Arms, I Can't Stand the Rain, Tonight, What's Love Got to Do With It?, We Don't Need Another Hero, The Best, Nutbush City Limits, Proud Mary. A set of all-time classics that will let you experience Tina Turner’s life with even more passion.

Is Tina Turner the Musical going on tour?

How long is Tina Turner the Musical in London?

Tina Turner the Musical is in London until January 2021. However, it might be in London later than this date due to the coronavirus outbreak.

Who is in Tina Turner the Musical cast?

Nkeki Obi-Melekwe plays Tina Turner in Tina Turner the Musical, and Aisha Jawando will play Tina Turner at some performances each week.

Nkeki Obi-Melekwe plays Tina Turner in Tina Turner the Musical, and Aisha Jawando will play Tina Turner at some performances each week.

Tina Turner the Musical how long is the show?

Where is Tina Turner the Musical showing?

Tina Turner the Musical is showing at the Aldwych Theatre in London.


What is Tina Turner the Musical about?