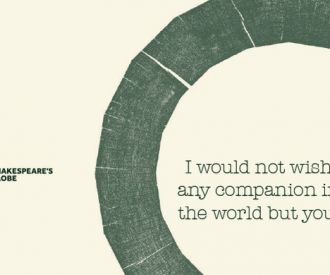 Tickets for The Tempest

Thought to be one of Shakepeare’s final plays, the Tempest has enthralled audiences with its unique, supernatural world and profound exploration into themes around forgiveness, freedom, love and betrayal. What could be a better location then, to experience this magical, timeless play than Shakespeare’s original theatrical home, the Globe Theatre?

From the 1st May - 8th October, a brand new, innovative production of the Tempest will be showing at the Globe Theatre in London as part of the Globe on Tour Summer edition. Directed by Brenda O’Hea, the Tempest will transport you to the mystical island which is “full of noises, Sounds and sweet airs, that give delight and hurt not..”

On a far-away island somewhere near Milan, Prospero, the former one-time Duke of Milan and a powerful magician, lives with his beautiful daughter Miranda, a sprite called Ariel and also a wildman named Caliban. When a ship carrying a royal party from Italy sails to the island, Prospero creates a tempest and instead, the ship arrives at the Island’s shores as a shipwreck..

Tickets for the Tempest at the Globe Theatre range from £5.75, if you stand in the yard and the standing area of the Shakespeare’s Globe, to £67.50. The more expensive tickets are located in the galleries, which have extremely clear views of the stage. The best seats in the house are the seats located directly opposite the stage in the Gallery.

Car: it is advised to avoid taking the car, as it is more expensive and there are limited places to park. However, if you are taking the car, there is an NCP car park on Thames Exchange and some parking on New Globe Bridge. Alternatively, you could take a taxi.

If you have any access enquiries prior to your visit, or need to make a booking, please call the Globe Theatre London access line on 02079021409.

The Globe Theatre has an access scheme, which allows the theatre to gain a better understanding of their customers requirements. There are discounted tickets available for members of the access scheme. Please see the official website for more details.

Both of the theatres are completely wheelchair accessible, please notify the theatre beforehand if you require this service.

There are two blue badge spaces available but please note that these are available on a first come, first served basis.

The Tempest is showing at the Globe Theatre from the 1st May- 9th October 2020. Showtimes vary depending on the month.

Photos of The Tempest 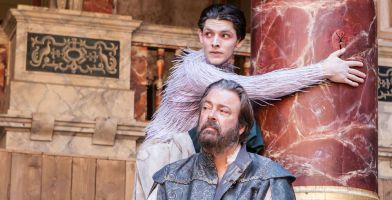 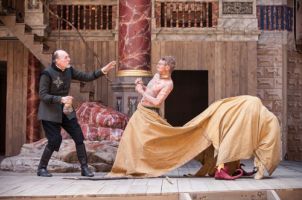 Ticket prices for The Tempest