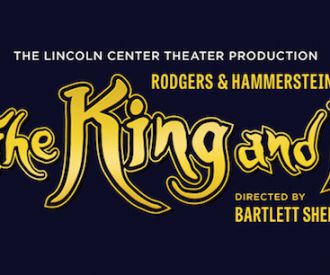 Tickets for The King and I

The King and I, a critically acclaimed and multi-award winning romantic musical which originally premiered in 1952, visits most major British cities on an extensive UK tour. Based on the book Anna and the King of Siam, The King and I follows the turbulent relationship between a British school teacher and the King himself. A moving and captivating performance boasting an impressive musical score with the much-loved numbers “Whistle a Happy Tune” and “Getting to Know You”, The King and I is not to be missed!

Set in the early 1860s, widowed Anna Leonownes and her son, Louis, board a ship and embark on an adventurous journey to Bangkok, which was formerly known as Siam. Taking a position as a schoolteacher for the King of Siam’s children, Anna becomes the King’s advisor, as he is keen to westernise and modernise his city. Disagreeing on many matters, the two form a fiercely conflicted and contentious relationship which then develops into a passionate, unique love story.

Originally written by Rodgers and Hammerstein for Broadway in 1951, The King and I UK tour stars West End’s Annalene Beehcy and Broadway’s Jose Llana. A spine-tingling, unforgettable musical, The King and I has been mesmerising audiences for decades!

The King and I is running at the Alexandra Theatre Birmingham from Tuesday 10th December until 4th January 2020.

There will be selected performances Monday - Saturday 2.30-7.30pm

Tickets for the King and I Birmingham range from £17 to £85. The theatre is divided in to the Stalls, The Dress Circle and The Grand Upper Circle.

Premium tickets can be found in the centre of the stalls, not too close to the stage. Other best seats in the house are also in the Dress circle close to the balcony.

Groups of 10 or more can enjoy a discount. Please call 020 7206 1174 or email enquiries@groupline.com for further details.

The King and I is running in Glasgow from Tuesday 28th January - Saturday 8th February 2020.

Ticket prices for the King and I Glasgow start at £16 and the most expensive tickets are £79.00. With a capacity of 1,785 seats, the King’s Theatre is divided into four sections: the Stalls, the Grand Circle, the Upper Circle and the Gallery. Depending on where you choose to sit in the theatre, ticket prices can vary greatly.

If you are after the best seats in the house, then these are unarguably in the Stalls, directly opposite the stage. There are also some excellent seats in the front of the Grand circle, which is the section of the theatre just above the stalls, which provides incredible panoramic views of the stage.

If you are looking for more reasonably priced tickets, then these can be found in the Gallery and the Upper Circle, since these seats are furthest away from the stage. There are also slightly cheaper tickets at the sides of the theatre, since these areas have slightly restricted viewing.

The King and I is showing at the Liverpool Empire Theatre from the 10th March to the 21st March.

The King and I Tickets Liverpool

The King and I tickets Liverpool range from £15-£76.50 depending on where you choose to sit in the theatre; the ticket prices range greatly. A wide and large theatre, the auditorium is split into the Stalls and the Circle and has a capacity of the theatre is 2,350.

The most expensive but of course the best tickets in the theatre can be found in the centre of the Stalls and more specifically in rows E-A. Other tickets in the Stalls also provide and immersive and excellent view of the stage. You can also find great seats at the front of the Circle and particularly in row B.

If you are looking for more reasonable tickets, then these can be found at the back of the Circle, where ticket prices are significantly cheaper. There are also much cheaper tickets at the back of the Stalls and to the sides as these tickets have restricted viewing. However, you can still enjoy the theatrical experience and be close to the stage in these seats.

The King and I is showing at the Bristol Hippodrome Theatre from Tuesday 24th March - Saturday 24th April 2020.

The King and I Bristol Tickets

Ticket Prices for the King and I at the Bristol Hippodrome start at £18 and the most premium seats, on a Friday evening showing, are £91.50. The theatre is huge, with a capacity of 1,951 seats and is split into the Stalls, the largest section of the theatre, the Grand Circle, and the Upper Circle.

The most reasonable tickets can be found in the boxes, to the sides of the theatre, or right at the back of the Upper Circle, especially in row A. These seats have slightly restricted viewing but you can still enjoy the show and the theatrical experience. Medium priced tickets can be found in the middle of the Grand Circle or at the back of the Stalls.

Groups of 10 people or more can recieve a discount. Please call 020 7206 1174 or email enquiries@groupline.com

Is the King and I the Musical going on a UK tour?

Who stars in the King and I the Musical cast?

Who plays Anna in the King and I the Musical?

What is the King and I the Musical about?

The King and I the Musical follows the story of widowed Anna who moves to Bangkok and takes a teaching position looking after the King of Siam’s children. Becoming the King’s personal advisor, the two engage in a turbulent and passionate relationship.

How long is the King and I the Musical?

The King and I the Musical lasts for 2 hours 55 minutes.

Where is the King and I the Musical set?

The King and I the Musical is set in Bangkok, which was formerly known as Siam.

Where is the King and I the Musical showing in London?

The King and I the Musical is not currently showing in London as it is on tour.

When is the King and I the Musical going on tour?

What songs are in the King and I the Musical?

Some of the most famous songs from the King and I the Musical are I Whistle a Happy Tune, My Lord and Master , Hello, Young Lovers , A Puzzlement , Something Wonderful ,We Kiss in a Shadow

How many Tony Awards has the King and I Musical won?

Photos of The King and I

The King and I musical UK tour

The King and I musical Birmingham

The King and I musical awards

The King and I
+ info
Several locations
No events
-
Follow
Why?

Prior events The King and I

The King and I

Elaine Gagin
The show was the best ! But if you go by train & your last train is before 22.30pm then you will miss the end or your train,as it don’t finish until 22.30pm.Sadly we missed the last 30 mins.