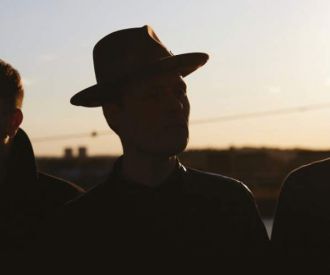 Tickets for The Fratellis

A band which made its mark during the noughties British indie rock boom, Scottish rock band the Fratellis are known for their smash-hit single "Chelsea Dagger", "Whistle for the Choir" and energetic live stage performances. Winners of the Brit Award for Best British Band in 2008, Best European Border Breaking Act in 2008 and Best British Breakthrough Act in 2007, the Fratellis consists of band members Jon Fratelli (lead vocalist and guitarist), Barry Fratelli (bass guitarist) and Mince Fratelli (guitarist and banjo player).

Forming in March 2005, the Glasgow rock band made a meteoric rise to fame with their breakthrough gig in O'Henry's bar, Glasgow. Their debut album, Costello Music, contained smash hits such as “Chelsea Dagger”, “Whistle For the Choir”,band “Baby Fratelli”, and subsequently put their name repeatedly in the charts. In the 2008-2009 season, the Chicago Blackhawks adopted “Chelsea Dagger” as their scoring anthem and then theme song in their 2009-2010 championship season.

Their third album, Here We Stand, also received a positive reception, with singles “Mistress Mabel” and “Look Out Sunshine!” in the charts. Having headlined several tours and shows all over the world, the Fratellies have also played at well known rock festivals such as T in the Park. Following a long hiatus, the indie rock sensation has announced the release of a new album, Half Drunk Under a Full Moon.

While the Glaswegian indie rock band have been taking a break from the limelight since 2009, they are back bigger than ever with an epic UK tour in 2020.

Supporting their new album, ‘Half Drunk Under A Full Moon’, you can also expect the classic Fratellis smash hits that became ubiquitous in the noughties. Sing along to the iconic “Chelsea Dagger” with the Fratellies themselves and enjoy a high-energy, unforgettable evening of entertainment!

Photos of The Fratellis

The Fratellis - Flathead (US Version)

The Fratellis
+ info
Several locations
Price from:
£22.50
Follow
Why?

The Fratellis next concerts