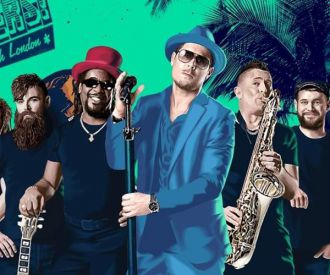 Tickets for The Dualers

Boasting countless top 40 chart singles and 11 sell out shows, the Dualers are a 9-piece Jamaican Rhythm & Blues band with ska and reggae influence. Renowned for their spectacular sell-out live performances, the Dualers have built up a dedicated fan base from all over the world!

Originally hailing from SouthEast London, the Dualers first made their mark in the musical world with their hit single "Kiss on the Lips". Following this, "Truly Madly Deeply" made it to number 23 in the charts and was famously in the soundtrack of Hollywood blockbuster Fools Gold.

Since then, the Dualers performed to crowds all over the world and supported the likes of the Skatalities, Toot and the Maytals, Ziggy Marley, Madness and Jimmy Cliff, as well as releasing numerous albums and singles to wide acclaim.

The Dualers announced an extensive UK tour in 2020 to several UK venues and festivals. However, due to the coronavirus pandemic, many of these performances have been rescheduled for the latter end of 2020 or 2021. Grab your tickets now for a vibrant performances from the Dualers somewhere near you!

Photos of The Dualers

The Dualers ~ Don't stay out late

OFFICIAL VIDEO!! The Dualers Kiss On The Lips

The Dualers next concerts