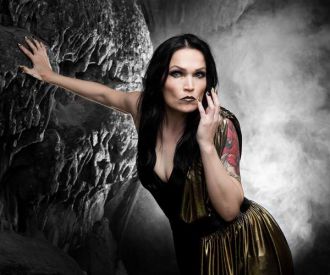 Originally hailing from Finland, the legendary Tarja has enthralled audiences with her unique music rooted in heavy metal. A soprano singer boasting an incredible three-octave range, Tarja is known for her energetic, powerful and impressive sound which has filled concert halls and metal festivals around Europe!

After being classically trained at the Sibelius Academy, Tarja Turunen was the former lead vocalist of Finnish symphonic metal band Nightwish, which she formed in 1996 alongside Tuomas Holopanien and Emppu Vurien. In 2006, Tarja began her solo career in 2006, releasing her Christmas album called Henkays julkisuudesta. Following this, she has released several albums including My Winter Storm (2007), What Lies Beneath (2012) and her first classical studio album, Ave-Maria-En Plein Air (2015).

Following the cancellation of her extensive 2020 tour, Tarja has announced new dates for her 2022 tour around the world.

What are Tarja's biggest hits?

Tarja has achieved several big hits including Swan Heart, Until My Last Breath, Die Alive, Falling Awake, I Walk ALone, Underneath, Enough, We Are, Dead Promises, My Little Phoneix and many more big hits.

What are Tarja's albums?

Where is Tarja from?

Tarja is from Kitee Finland.

What is Tarja's full name?

When did Tarja leave Nighwish?

When did Tarja form Nightwish?

What genre of music is Tarja?

Tarja's sound is rooted in metal and opera.

Tarja - Until My Last Breath