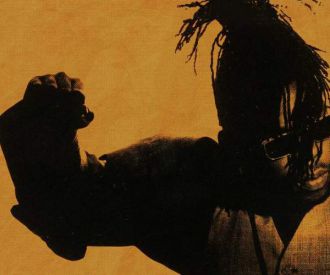 Celebrated internationally for their chart-topping hits “Back To Life” and “Keep on Movin’”, the grammy-award winning collective, Soul II Soul, are hailed one of the most innovative dance/R&B groups to emerge from the late 80s. Drawing on an eclectic mix of genres, including disco, reggae and 80s hip hop, the collective not only received two grammys, but also three awards at the Soul Train Music Awards in 1990 and five Brit Award nominations.

Emerging from the depths of North London’s underground music scene, Soul II Soul began as Jazzie B’s soundsystem, performing at dub and reggae nights including his own at the African Centre. Following this, the group grew exponentially in members and in 1998, they released the highly successful dubplate, Fairplay, which led to a contract with Virgin Records.

The collective moved from the underground North London music scene into the mainstream and achieved huge commercial success having sold 10 million albums worldwide and 200 compilation albums. While Soul II Soul have undergone several member changes, it currently consists of Jazzie B on the turntables and Carol Wheeler on the vocals.

Back To Life (However Do You Want Me)