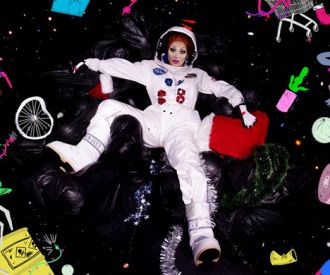 Tickets for Sink the Pink Presents Escape From Planet Trash

Featuring drag queens, comedy, aliens, giant space spiders and much more, Sink the Pink presents Escape from Planet Trash is an exciting, other-wordly place, which comes crashing down to earth this Christmas. Directed and written by Ginger Johnson, who is also the star of the show, Escape from Planet Trash is a night of queer, colourful christmas fun which will transport you to another planet entirely!

Set in the year 2050, Planet Trash, which is the earth’s dumping ground, is in great danger; it risks a solar flare which could completely destroy the planet. The planet’s fate is down to a team of queer space explorers, who must retrieve a discarded weapon and bring Ginger Johnson home for Christmas before the planet bursts into smithereens!

Making its debut at Bethnal Green’s working Men’s Club in 2008, Sink the Pink was originally founded by two best friends Glyn Fussell and Amy Redmond, and it has since become a collective of queens, club kids, superstars and creatives. Book your tickets now for a night on Planet Trash!

Photos of Sink the Pink Presents Escape From Planet Trash 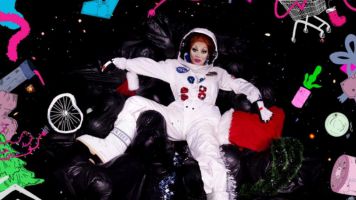 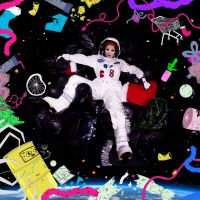 Prior events Sink the Pink Presents Escape From Planet Trash