Warning: Invalid argument supplied for foreach() in /furanet/sites/best-tickets.co.uk/web/htdocs/app/_i18n.php on line 287
 Tickets for Sarah Millican in Birmingham | Symphony Hall
Find the best price on Best-tickets.co.uk
Compare prices between 40 official ticket vendors and five resale platforms (where prices may be higher or lower than the price on the ticket). 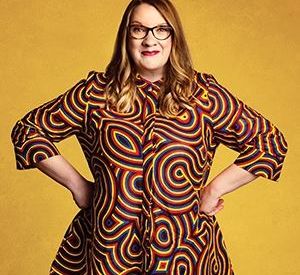 As the winner of the Best Newcomer in the Edinburgh Comedy Awards and listed as one of the most 100 powerful women in the UK by Radio 4’s Woman's Hour, Sarah Millican is a comedic sensation who has her very own TV show, the Sarah Millican Television Programme!

Born in South Shields, Sarah’s way into the comedy industry was far from conventional. After her father left her in 2004 and she moved back to her father’s house, Sarah Millican started taking writing workshops in order to process her emotions. Sarah Millican decided to perform her first stand-up performance at the Dog & Parrot pub, which was hugely successful and she managed to connect with the audience.

Making her debut at the Edinburgh Fringe with her award-winning show Not Nice,Sarah Millican has become one of the most acclaimed female comedians in the UK, performing numerous stand-up tours including Typical Woman (2009), Chatterbox (2010) and Control Enthusiast ((2018).Sarah Millican has also made several television appearances such as performing on panel shows such as 8 out of 10 Cats, Mock the Week, Have I got News For You and Live at the Apollo.

After spending most of 2020’s lockdown writing jokes and unable to tour, Sarah Millican is embarking on an international tour, her 6th one in her career, Bobby Dazzler, in 2021 and 2022. Expect hilarious jokes, both old and new, from the UK’s funniest woman!