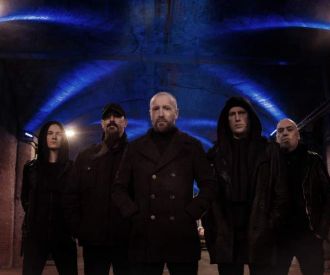 Regarded as pioneers of the death-doom genre, Paradise Lost have paved the way for the gothic metal genre and have sold over two million albums worldwide. Having influenced an array of incredible bands including My Dying Bride, Anathema and Moonspell, Paradise Lost are undoubtedly one of the most influential bands in the genre yet their style has evolved greatly over the years.

After forming in Halifax in 1988, Paradise Lost released three cassette demos including Lost, Frozen Illusion and Plains of Desolation. The band then released their debut album, Lost Paradise in 1989 followed by Shades of God in 1992. During the 1990s, Paradise Lost have released several influential albums including Icon (1993), Draconian Times (1995) and One Second (1997) and Host (1999) which is rooted in synth-pop and electronica.

Paradise Lost have since released several successful albums such as Symbol of Life (2002), In Requiem (2007) and their most recent album Obsidian which he released in May 2020. Having toured the world and become one of the most influential bands in the death-doom genre, there is nothing like experiencing Paradise Lost live in concert!

Following the success of their recent album “Obsidian Moon”, Halifax based gothic metal band Paradise Lost are visiting both Bristol and London on a UK tour after cancelling their tour due to the Covid-19 pandemic.

What are Paradise Lost’s biggest hits?


What are Paradise Lost’s albums?

Who is in Paradise Lost?

What genre of music are Paradise Lost?

When did Paradise Lost form?

Where did Paradise Lost form?