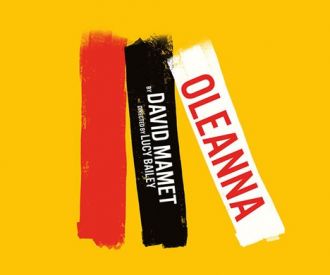 A classic drama which explores campus sexual harassment and political correctness, Oleanna has captivated audiences around the globe with its compelling story-line and exploration of timely issues. From July 2021, Oleanna has made a sensational and modern revival which is making its way to the West End!

Written by David Mamet, Oleanna first premiered in 1992 at the American Repertory Theatre in the USA, and since then it has enjoyed international acclaim, becoming a highly successful eponymous film. Directed by Lucy Bailey, this modern adaptation resonates with current issues such as the #Metoo and Everyone’s Invited.

Oleanna is set on an American campus and documents a seemingly innocent conversation between a college professor and a student. However, the relationship descends into darkness when the student accuses the professor of sexual harassment, which ruins his chances of becoming an according tenure.

Ticket prices for Oleanna at the Arts Theatre London vary, but the ticket prices are currently fixed at:

If you are looking for discounted tickets, then these can be found in the slips of the Circle, where there are much cheaper tickets. There could be some reduced viewing of the stage but you can still enjoy the full theatrical experience.

There are group tickets available for the production of Oleanna which are heavily discounted and will save you money.

Rosie Sheehy and Johnathon Slinger make up the cast and the rest of the cast ha not yet been announced.

How to get there

The main entrance of the Arts Theatre is located on Great Newport Street and you can access it using a slight ramp and then double doors. The main Box Office is then straight ahead. There are stairs and handrails located throughout the theatre which are highlighted.

Staff are available throughout the theatre to provide visitors with at-seat service and to support patrons with transfers.

There are access seats available throughout the theatre and transfer available. However, it is recommended that a companion comes along. There is an accessible seat in Circle F13 and also extra legroom in seats A1, A14, B1, B16-17, C18 and BB1-2. The most accessible area of the theatre is undoubtedly the Circle which is only 5 seats down from the Foyer.

What is the running time of Oleanna?


What is the recommended age for Oleanna?

The recommended age of Oleanna is 12+.

What is Oleanna about?


Oleanna follows a relationship between a teacher and a student. Despite it being innocuous at first, the student files a claim of sexual harassment against the teacher which prevents both the teacher and student from achieving their goals

Who is in the cast for Oleanna in London %YEAR%?


Rosie Sheehy and Johnathon Slinger are in the Oleanna cast and the rest of the cast has not yet been announced.


Oleanna was written by David Mamet.

Who directed this adaptation of Oleanna?


Oleanna was directed by Lucy Bailey.

When did Oleanna premiere?

Is Oleanna a film?


Yes, David Marnet adapted Oleanna into a film in 1994.

Where is the name Oleanna from?


The name Oleanna is from an old folk song.