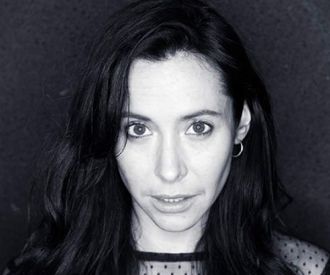 Nerina Pallot, who was nominated for British Female Solo Artist at the 2007 BRIT Awards and nominated for an Ivor Novello Award for ‘Sofia’, is known for her beautiful piano power-ballads and heart-felt covers which have filled up arenas with her engaging vocals!

The legendary Nerina Pallot was discovered when she was working as a publishing assistant at Mute Records which led to her being signed to Polydor Records and releasing her first album, Dear Frustrated, which she released in 2001. The album reached 98 in the album chart and is known for its two singles “Patience” and “Alien”.

Nerina Pallot then went onto release several other successful albums includingFires (2005), for which she recieved critical acclaim. She then went onto release other albums The Graduate (2009) and Year of the Wolf (2011) and her more recent albums, such as The Sound of Fury, mark a break from her acoustic sound and are more rooted in a more aggressive, defiant sound. Nerina Pallot has also shared her vocals with BBC/RTE’s award-winning show Normal People and like Circus from Amazon’s Modern Love.

After having to reschedule her tour due to the Coronavirus pandemic Nerina Pallot has arranged an extensive tour starting in September 2021. Given that Nerina Pallot now produces an eclectic mix of music, expect her sensational power-ballads and more defiant, bluesy songs from her more recent albums!

What are Nerina Pallot's biggest hits?

What are Nerina Pallot's albums?

What style of music is Nerina Pallot?

Where is Nerina Pallot from?

When did Nerina Pallot begin her career?

Nerina Pallot began her career in 2001 when she was working as a publishing assistant at Mute Records were she was discovered.

Which awards have Nerina Pallot won?

Nerina Pallot's awards include Best British Female Solo Artist at the 2007 BRIT Awards and nominated for an Ivor Novello Award for ‘Sofia’.

Nerina Pallot - All Bets Are Off