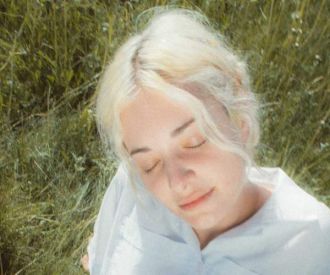 Tickets for Men I Trust

Made up of band members Jessy Caron, Dragos Chiriac, Emmanuelle Proulx, Alexis and Mathieu, Men I Trust’s dreamy, ephemeral indie sound has floated its way around the world and has earned international acclaim.

Originally from Montreal, Men I Trust were founded in 2014 at high school and reunited in the music department at Universite Laval. The band first released their debut, self-titled album in 2014 which led to them performing at numerous Montreal festivals before releasing Headroom in 2015 and enjoyed huge success.

Men I Trust then enjoyed an impressive ascent into the music world, releasing over twelve singles and several albums, including Headroom in 2015 and Oncle Jazz in 2019 which features several hits. Men I Trust have never been signed to a label and the release of their music has always been on their own terms, making them a highly respected electro-pop, indie band.

Off the back of their 2020 live album release Forever Live Sessions, which features songs from Oncle Jazz, Men I Trust have announced an extensive international tour, which includes a stop in Manchester, Glasgow and London. Experience spine-tingling vocals and fun-loving indie beats with one of Men I Trust’s unforgettable live performances.

What are Men I Trust’s biggest hits?


What are Men I Trust’s albums?

Who is in Men I Trust?

Men I Trust is going on tour in 2021/2022 and visiting the UK cities of London, Glasgow and Manchester.

What style of music is Men I Trust?


Men I Trust is considered electro-pop, indie and Dream pop.

Where did Men I Trust from?


Men I Trust formed in Montreal.

When did Men I Trust form?

Photos of Men I Trust

Men I Trust - Show Me How

Men I Trust next concerts