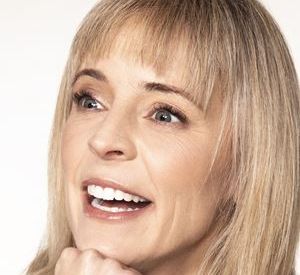 American actress and stand-up comedian Maria Bamford is renowned for her portrayal of her dysfunctional family and self-deprecating comedy which draws on surrealism and makes light of dark subjects such as depression. A highly acclaimed artist, Maria Bamford won the American Comedy Award for Best Club Comic in 2014.

Originally hailing from California, Maria Bamford began lending her voice to several animated characters and is known for the voice of Shriek DuBois in CatDog as well as being the voice for animated characters in Bojack Horseman, Stuart Little 2 (2002), American Dad! and Wilbur’s Great Adventure (2003). Following the release of her first comedy album and tour The Burning Bridges Tour (2003), Maria Bamford rose to fame in the stand up world along with several other tours including Unwanted Thoughts Syndrome in 2009 and The Special Special Special in 2012.

Maria Bamford has also made several television appearances on shows such as Arrested Development and Louis C.K’s Louis as well as co-creating and starring in The Program with Melinda Hill. In 2016, Netflix released the series Lady Dynamite which is based on Bamford’s life for which she was involved in the writing process.


What type of humour is Maria Bamford’s stand up?

Maria Bamford’s stand up draws upon surrealism, using voice impressions of different characters. She is also known for being self-deprecating and discussing serious and personal topics such as depression.

When did Maria Bamford start her comedy career?

Where is Maria Bamford from?

Which animated shows has Maria Bamford appeared on?

What awards has Maria Bamford won?

What Are Waiters Even Talking About? - Maria Bamford

Maria Bamford - Psych Ward - This Is Not Happening - Uncensored

(Some of) The Best of Maria Bamford

When Your Boss Is Annoying AF - Maria Bamford