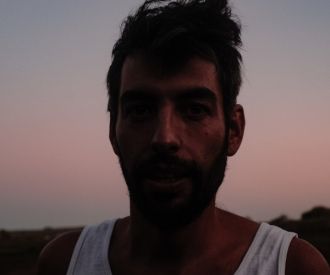 Known for his 2017 album ‘Twin Solitude’, which was a shortlisted finalist for the 2017 Polaris Music Prize and the 2018 Juno Award for Adult Alternative Album of the Year, Canadian indie folk singer Leif Vollebeck has undoubtedly enjoyed a meteoric rise to fame.

Born in Ottawa, Ontario, Leif Vollebekk is of Norwiegen and French descent, moving to Montreal to pursue his musical career. After releasing his debut album Inland on Nevado Records in 2010, which featured songs from his trip to Iceland, Leif Vollebekk followed up with North Americana in 2013 on Outside Music.

Leif Vollebekk really broke into the music scene when he was signed to Secret City Records and he released Twin Solitude in 2017. Since then, Leif Vollebekk has toured North America and Europe extensively, as well as released his fourth album, New Ways, in 2019.

Following several cancellations due to the Coronavirus pandemic, Leif Vollebekk has re-organised his extensive UK and European tour and is visiting most major cities throughout 2021 and 2022. Experience Leif Vollebekk’s beautiful vocals live in concert at a city near you!

What are Leif Vollebekk’s albums?

What are Leif Vollebekk’s biggest hits?

Where is Leif Vollebekk from?

What style of music is Leif Vollebekk?

What record labels has Leif Vollebekk been signed to?

Leif Vollebekk’s record labels include Nevado, Outside and Secret City.