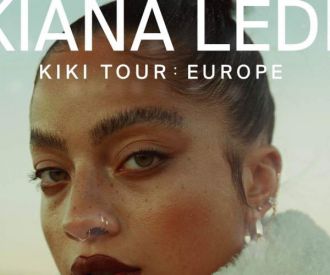 Known for her incredible, spine-tingling vocals and unique style rooted in R&B, Kiana Ledé has been wowing audiences since she was a child.

Originally hailing from Arizona, Kiana Ledé Brown grew up singing as a child and in 2011, her mother discovered the online platform Kidz Bop, where you can upload videos of your child singing. After Kiana sang Adele’s Someone Like You on the platform, she won the 2011 KIDZ Star USA Grand Prize out of 45,000 submissions. However, her real breakthrough was when American Idol star Kris Allen scouted Kiana during his nationwide talent search, landing her a contract with RCA Records.

Since then Kiana Ledé enjoyed a meteoric rise to stardom following her debut single “Hey Chica'' in 2012, which appeared on the soundtrack of the second Smurfs film. Ledé also tried her hand at acting; playing the regular role of Zoe in MTV’s Scream. After leaving RCA Records, Ledé signed a contract with Republic Records and released the highly successful, 2018 EP "Myself" which was rooted in R&B. Her single “Ex” made it to number 9 on the Billboard charts.

Kiana Ledé - Can I