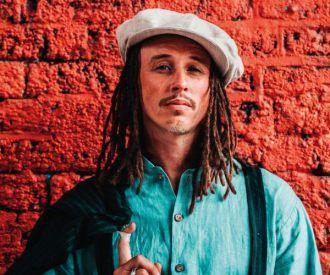 Breaking into the music world with his platinum selling single, “Perfect Strangers” with Jonas Blue along with his Top Ten album, Raised Under Grey Skies, JP Cooper has enthralled audiences with his soul and R&B sound and impeccable, spine-tingling vocals.

Originally hailing from Manchester, Cooper released his debut EP, ‘EP1’ in 2011 closely followed by ‘EP 2’ and ‘EP 2’ in the same year. In 2014, the soul singer released his successful EP Keep the Quiet Out and then When the Darkness Comes in 2015. His music career really took off when he featured on Jonas Blue’s single “Perfect Strangers” in 2015. He then went onto release his immensely successful debut album Raised Under Grey Skies in 2017.

Since then, the Mancunian singer has headlined his own shows and performed at numerous festivals, including Boardmasters, Electric Castle and SXSW. He has also collaborated with other high-profile artists, such as Gabrielle Aplin and Petit Biscuit.

After rescheduling his original tour, JP Cooper has announced that he will be touring Europe in Autumn 2020! Sing along to your favourite JP Cooper songs live in concert and grab your tickets now for an unforgettable evening of entertainment!