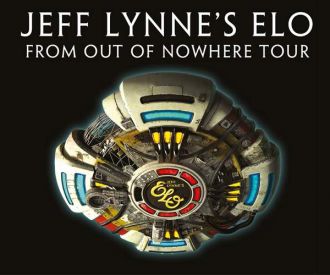 Forming in Birmingham in 1970, the ELO was characterised by its fusion of rock and classic music, consisting of members Roy Evans and Bev Bevan. During the 1970s and 1980s, ELO released several top 10 albums and singles, including two LPs which reached the top of the British charts, such as Discovery (1979) andTime (1981). After disbanding in 1986, Jeff Lynne released two solo albums and Bevan formed his own band, ELO, Part II. The band only became active again in 2014, when Jeff Lynne reformed the band with Tandy as Jeff Lynne’s ELO.

Since then, Jeff Lynne's ELO have been touring internationally, including a huge performance at BBC Two's Hyde Park Festival in 2014 and England's iconic Wembley Stadium in 2016. Jeff Lynne has also made releases under the bands name, including the album Alone in the Universe in 2015 and From Out of Nowhere in 2019.

Since their disbandment in 1986, Jeff Lynne’s ELO has been touring internationally and made several new releases, including his most recent release, From Out of Nowhere, in September 2019.

From 2020-21, Jeff Lynne’s ELO is back to wow audiences with an exciting UK tour to support their new album, Out of Nowhere. Purchase your tickets now for a high-energy, unforgettable performance!

What is the name of Jeff Lynne’s ELO’s most recent album?

Jeff Lynne’s ELO’s most recent album is called From Out Of Nowhere which they released in 2019.

Who is in Jeff Lynne’s ELO?

Jeff Lynne’s ELO is currently made up of band members Jeff Lynne and Richard Tandy.

When was Jeff Lynne’s ELO founded?

Jeff Lynne’s ELO was founded in 1970 when it was originally called the Electric Light Orchestra (ELO).

Who was in the original Electric Light Orchestra?

The Electric Light Orchestra was originally made up of band members Jeff Lynne, Richard Tandy, Roy Wood and Bev Bevan.

When did the Electric Light Orchestra disband?

The Electric Light Orchestra disbanded in 1986.

Which genre of music is Jeff Lynne’s ELO?

What are Jeff Lynne’s ELO’s albums?

Who is the lead singer of Jeff Lynne’s ELO?

Jeff Lynne is the lead singer of Jeff Lynne’s ELO.

ELO's Jeff Lynne is back

Jeff Lynne - Give Me Love (Give Me Peace On Earth) (Live)

To be determined (Birmingham), Birmingham

To be determined (Birmingham)