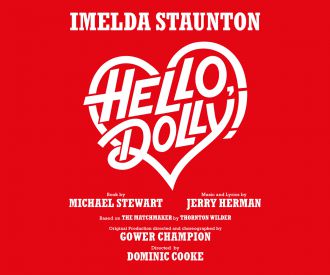 The wait is over: smash-hit musical Hello Dolly is coming to the West End from August 2020! After enjoying a hugely Broadway run in 2017, Hello Dolly’s show stopping stopping revival has been highly anticipated. Winner of an astounding 10 Tony Awards and 11 nominations, Herman and Stewarts original 1964 production made musical history. While Hello Dolly has enjoyed several revivals, including a 1964 film, this 2017 adaptation really blew Broadway away with its 3 Tony Awards and critical acclaim.

Set in 1890s New York, Dolly Levi, the strong-willed and charming widow, is a skilled matchmaker. When she travels to the Yonkers, just North of New York City, she is set the impossible task of finding a match for Horace Vandergler, who is a well-known married millionaire. Much to her surprise, Dolly becomes Horaces desired match…

A moving and enchanting storyline which has been captivating audiences since 1964, Hello Dolly’s themes and relationships are in many ways still relevant today!

Hello Dolly ticket prices start at £30 and are as expensive as £168. The Adelphi Theatre has a capacity of 1,500 seats and is divided across the  Stalls, the Dress Circle and the Upper Circle. Ticket prices can vary greatly depending on where you choose to sit in the Adelphi theatre.

If you are looking for premium seats, then these can be found in the middle of the Dress Circle or in the centre of the Stalls. For large scale musicals such as Hello Dolly, it is recommended that you sit in the Dress Circle so that you can see all of the action.

If you are looking for cheaper tickets, then these can be found in the Upper Circle, as the section of the theatre furthest away from the stage. The front row of the Upper Circle offers discounted seats but you can still enjoy excellent views.

The Adelphi Theatre can be accessed by both public transport and by car. However, given that it is located in the centre of London, it is recommended that you take the car. The Adelphi Theatre address is: 409-412 Strand, London, WC2R 0NS

Box office opening times: the Adelphi Theatre Box office is open from 10am to 7:45pm, Monday to Saturday.

Getting into the theatre

On arriving at the Adelphi theatre, there is one step between the street and the entrance of the lobby.

There is level access from the foyer to the stalls, but a ramp can be provided if required. Staff are happy to help access customers navigate the theatre and an at-seat service if you cannot access the bars.

The Stalls is the recommended area of the theatre for customers with limited mobility. There are Wheelchair spaces in seats X23 and X25. Some seats also have extra legroom, in seats A7-9, A28-30, BB10, 11, 25-26 and C31. There are 41 steps between the lobby and the Dress Circle, and 79 to the Upper Circle (this area is not recommended for persons with reduced mobility).

Guide dogs are welcome in the theatre or staff can look after them for the duration of the performance.

How long is Hello Dolly the Musical?

Who is in Hello Dolly the Musical UK cast?

What is Hello Dolly the Musical about?

Hello Dolly the Musical follows the story of the widowed Dolly Levi the matchmaker and socialite, who is constantly matching people up. One of her tasks is to find Horace Vandergler, the famous millionaire, a match which seems nearly impossible.

Where is Hello Dolly the Musical playing in London?

Hello Dolly the Musical is playing at the Adelphi Theatre in London.

What songs are in Hello Dolly the Musical?

The main songs in Hello Dolly the Musical are "Call On Dolly", "I Put My Hand In", "It Takes a Woman", "World, Take Me Back", "Put On Your Sunday Clothes,Ribbons Down My Back", "Love, Look in My Window", "Penny in My Pocket" ,"Penny in My Pocket" ,"It Only Takes a Moment" ,"So Long Dearie”.

Who wrote Hello Dolly the Musical?

Hello Dolly the Musical was written by Jerry Herman with a book by Michael Stewart.

When did Hello Dolly the Musical first premiere?

Hello Dolly the Musical first premiered on Broadway in 1964.

How many awards has Hey Dolly the Musical won?

Hello Dolly the Musical has won five awards, including four Tony Awards and one Laurence Olivier.

Is Hello Dolly the Musical going on a UK tour?

No, Hello Dolly the Musical is not going on a UK tour in 2020 but is showing in London.

Was Hello Dolly the Musical a film?

Yes, Hello Dolly the Musical was a very successful film in 1969.