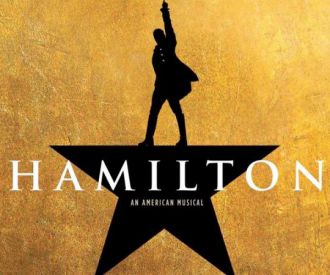 There is no doubt that Lin-Manuel Miranda’s Pulitzer multi-award winning production of Hamilton has made musical history. With its compelling story-line and sensational musical score, which intertwines hip-hop, soul, rap and classical musical numbers, Hamilton has changed the rules in musical theatre and captivated audiences around the globe.

Based on the best-selling biography of Alexander Hamilton, an American founding father who moves to New York for a better life, Hamilton tells American history in a way never seen before. Premiering at The Public Theatre in New York in 2015, Hamilton has since become a global cultural phenomenon and enjoyed astounding box-office success. Are you going to join the theatrical frenzy that is Hamilton?

After losing his father at a young age and his mother later on, as well as her estate, West Indian immigrant Hamilton finds himself orphaned and penniless. Moving to New York in the summer of 1776, Hamilton is in search of a better life.

With incredible ambition instilled within him, Hamilton transforms himself from an immigrant born out of wedlock to George Washington’s right-hand man - his astonishing journey has in many ways reframed the American dream!
↓ Ver más ↓

You can also purchase premium and hospitality tickets which are subject to availability.
↓ Ver más ↓

You can enter the lottery for £10 Hamilton tickets- more information about this can be found on the website. Patrons can apply for up to £10 lottery tickets.

There are now full price group booking available for performances up until 28th March 2020.

Having hosted award-winning musicals such as Billy Elliot and the longest-running production in Buddy- The Buddy Holly Story, The Victoria Palace Theatre is one of the major theatres in the West End. In time for the first showing of Hamilton in 2017, the theatre was refurbished so that it could host the multi-award winning musical.

You can either travel by train, underground, bus or car to get to the Victoria Palace Theatre. The full address is:

Train: the closest train station to the theatre is Victoria which is only 100m from the theatre. Victoria serves national rail services.

Tube: the nearest tube to the theatre is also Victoria (District, Circle, Victoria) which is also only 100m away.

Car: You can enjoy 50% off parking with Q Park - Pimlico which is outside of the London congestion zone.

The main entrance to the theatre, which is situated on Victoria Street, has one 3cm step up through double swing doors from street to foyer. There is a drop-off point available on Victoria Street. If you wish to take the other entrance on Allington Street, there is a step-free entrance which provides direct access to the rear of the Stalls.

Staff are there to help with any assistance or transfers throughout the performances. However, the theatres asks that you bring a companion of you require a transfer. Staff can store a maximum of four wheelchairs per performance.

Staff provide seat service throughout the performance to patrons or those who cannot access the bars. The theatre staff carry around RADAR keys so that customers can access the adapted facilities easily. They are also happy to help with navigating the theatre or using the alternative entrance. Please let the theatre know if you require special assistance:

Accessibility within the theatre

The designated accessible seats in the theatre are Stalls M36, Stalls P36. The Stalls is the recommended section of the theatre for those with limited mobility; it can be accessed using 4 steps from the main foyer and step-free from Allington Street.

If you wish to sit in the Royal Circle, this is up 28 steps form the foyer. You can find extra legroom in Row L.

We recommend that those with limited mobility do not sit in the Grand Circle as this is 75 steps up for the theatre foyer and is a steep section.

Hamilton is coming to the West End from 30th November 2019 to April 2020 at the Victoria Palace Theatre.

Performance times start at 19:30 from Monday to Saturday with an additional show on Thursdays and Saturday at 14:30.

Originally making its debut on Broadway, Hamilton comes to the West End for a few months.

At certain performances, the role of Alexander Hamilton will be played by Karl Queensborough.

What songs are in Hamilton the Musical?

What is Hamilton the Musical about?

Hamilton the Musical follows the tumultuous and interesting life of Alexander Hamilton; a West Indian immigrant who moves to New York as a penniless orphan. Despite having a difficult childhood, Alexander Hamilton becomes George Washington’s right-hand man. Alexander Hamilton was a real man and the musical is based on his life.

Who are the main characters in Hamilton the Musical?

Who is in Hamilton the Musical London cast?

How long is Hamilton the Musical?

Who wrote Hamilton the Musical?

Where is Hamilton the Musical playing in London?

What book is Hamilton the Musical based on?

Hamilton the Musical is based on historian Ron Chernow’s 2004 biography Alexander Hamilton.

When did Hamilton the Musical first premiere?

Hamilton the Musical first premiered at the Public Theater Off-Broadway on the 17th February 2015. 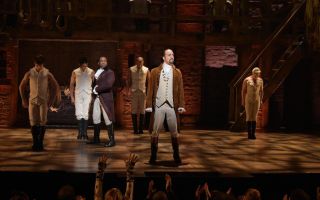 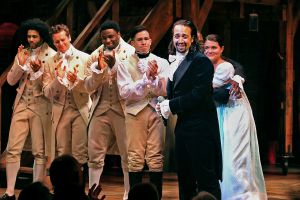 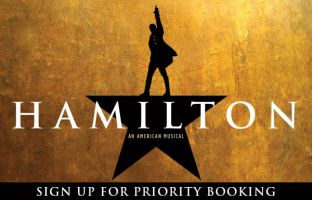 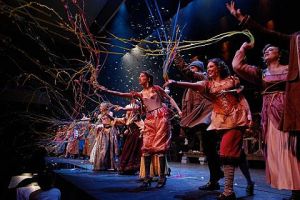 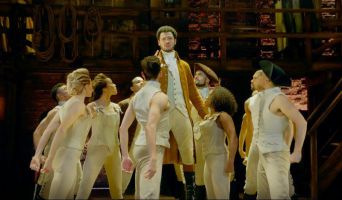 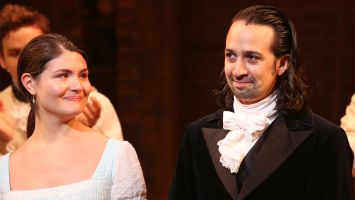 Hamilton performance at the Olivier Awards 2018 with Mastercard

Lin-Manuel Miranda On 'Hamilton' In The US Vs. UK