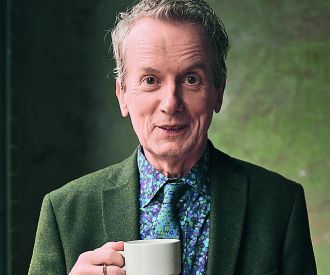 Considered one of the UK's most legendary comedian, Frank Skinner is known for his incredible presence on the Fantasy Football League as well as presenting his own phenomenal TV show, The Frank Skinner Show. Skinner has also enjoyed a successful career as a stand up comedian; his awards include a 1991 Perrier award and in 2001, he was awarded the Best Comedy Entertainment Personality.

Beginning his career in 1987, Frank Skinner really rose to fame during the 1990s, following a partnership with David Baddiel on the cult favourite Fantasy Football League. Skinner also famously co-wrote a number one, the Three Lions, for England’s 1996 Euro efforts.

Following these impressive achievements, Skinner has enjoyed immense success on television, with appearances on talk shows and sitcoms, including Blue Heaven, Shane and most recently, Room 101.

Exciting news - Frank Skinner has announced a brand-new, hilarious new tour Showbiz, for the latter half of 2020 due to the coronavirus pandemic. A natural, witty stage performer, experience Skinner live in concert!

FRANK SKINNER LIVE IN BIRMINGHAM AT THE HIPPODROME