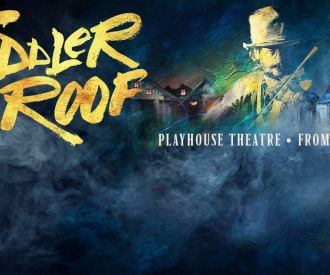 Tickets for Fiddler on the Roof

A beloved classic, the highly acclaimed Fiddler on the Roof, which has been captivating audiences since 1964, has made an explosive revival. Following the well-known story of Reb Tevye, a milkman living in Tsarist Russia, Fiddler on the Roof is a dramatic and enchanting tale with much-loved songs and exuberant dance routines.

Directed by Olivier award-winning director Trevor Nunn, Fiddler on the Roof has seen sold-out shows at the Menier Chocolate Factory. Book your tickets now for performances now showing at the Playhouse Theatre!

Following Jewish customs, protagonist Tevye, an old-fashioned milkman living in Anatavka during turbulent 1905 Russia, seeks to marry off his treasured daughters who, by tradition, must marry their perfect match. Yet in a period of history where the young are becoming increasingly free-willed and independent, his daughters wish to marry for love.

With the Russian revolution bubbling in the background, Tevye must face other threats in the tiny Jewish village of Anatavka. A spectacular rendition of this well-known plot, Fiddler on the roof is a must-see classic for any avid theatre-goer.
↓ Ver más ↓

How to get there:

Public transport is recommended to get to the Playhouse theatre as it is in a congestion zone and the nearest car park is the Q-Park Trafalgar.

The nearest underground station to the theatre is Embankment. (Bakerloo/Circle/District/Northern Line)

Charing cross is also near the theatre (Bakerloo/Northern Lines)

It is important to book these wheelchair spaces in advance and call the theatre beforehand on 0800 912 6971 or email customercare@theambassadors.com. Access customers and their patrons will receive discounts for performances.

Getting to the venue

The entrance to the Playhouse Theatre is on street level but up three steps. A temporary wheelchair ramp can be provided.

The Stalls are accessible and are a step-free form foyer to seating. Unfortunately, the Playhouse does not have a lift and the other sections of the theatre must be accessed by stairs.

Throughout your theatre experience, staff are there to help and assist with anything. An at-seat service is provided and staff can store wheelchairs during the performance. We do recommend that wheelchair users bring a companion. Theatre doors are always manned, if assistance in the Stalls is required.

Fiddler on the Roof Tickets

There are 786 seats in the Playhouse Theatre which is split into three sections: Stalls, Dress Circle and Upper Circle. Ticket prices range from £24.00 to £153. The cheapest tickets can be found in the upper circle and the premium seats in the middle of the Stalls and at the front of the Dress circle.

Stalls:  Located on the same level as the stage, the stalls has some of the most premium seats in the house which are in the mid-centre of the stalls. There are also some cheaper seats at the front close to the stage.

Dress Circle: a level up from the stalls, there are some excellent views in the dress circle, and these are the most expensive seats, right at the front. Cheaper seats are further back.

Upper circle: as the highest level in the theatre and furthest away from the stage, you can purchase much cheaper seats in the upper circle and to the sides; there is a restricted view and less leg room.

Fiddler on the Roof Cheap Tickets and Discounts

Access patrons and their companions will receive discounts on performances.

Band A reduced to £55.00 for Tuesday - Thursday performances.

To book Education Groups please use the options below:

Warning: this performance does contain some strobe lighting

The Fiddler on the Roof 2019 Showtimes

The Fiddler on the Roof cast:

Andy Nyman reprise his role from the Menier Chocolate Factory run as Tevye. They are joined by Stewart Clarke as Perchik, Joshua Gannon as Motel, Dermot Canavan as Lazar Wolf, Harriet Bunton as Hodel, Matthew Hawksley as Fyedka, Nicola Brown as Chava, Molly Osborne as Tzeitel, Anita Dobson as Yente, and Maria Friedman as Golde.

Photos of Fiddler on the Roof 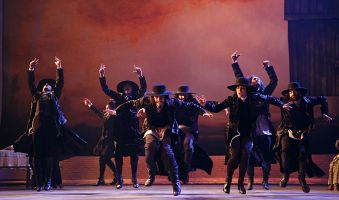 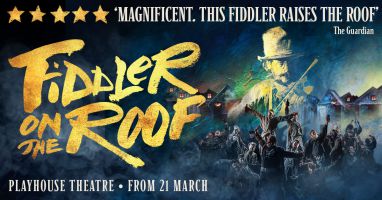 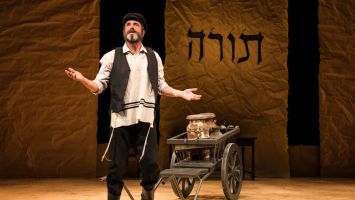 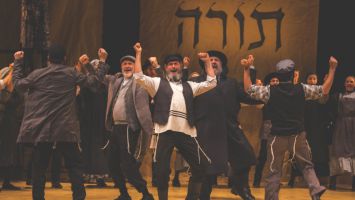 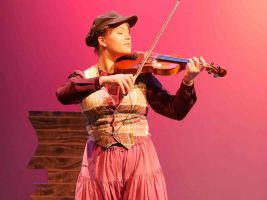 fiddler on the roof tickets

fiddler on the roof tickets

Fiddler on the Roof
+ info
Several locations
No events
-
Follow
Why?

Prior events Fiddler on the Roof

Fiddler on the Roof