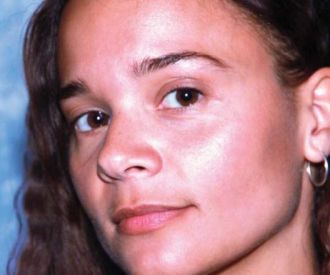 Rising star Erika de Casier has broken into the international music scene with her experimental pop and soulful vocals. Known for her sensational single Do My Thing, it is exciting to see what Erika de Casier will do next!

Born in in Portugal and raised in Copenhagen, Denmark, Erika de Casier began her music career whilst performing as half of the duo Saint Cava before they disbanded. She then went on to independently release her debut single ‘What U Wanna Do?’. Erika de Casier then released her first solo album, Essentials, in 2019, which was met with great acclaim.

Recognised for her music internationally, Erika de Casier has gained prominence in the UK and was signed to the British records label 4AD in 2020, releasing her second album, Sensational, in 2021. There is no doubt that 2020 marked an important year for Erika de Casier, as she has also performed a set for Boiler Room’s Streaming from Isolation series and remixed English singer Dua Lipa’s single ‘Physical’, which appeared on the album EP.

Erika de Casier’s biggest hits include ‘Good Time’, ‘Do My Thing’, ‘No Butterflies, No Nothing’, ‘What U Wanna Do?’ and ‘Intimate’.


What are Erika de Casier’s albums?

Yes, Erika de Casier is going on tour in 2021/2022 and is visiting the cities of Manchester and other dates are yet to be announced.


Where is Erika de Casier from?

Erika de Casier was born in Portugal and grew up in Copenhagen, Denmark.


What genre of music is Erika de Casier?

Erika de Casier - Do My Thing