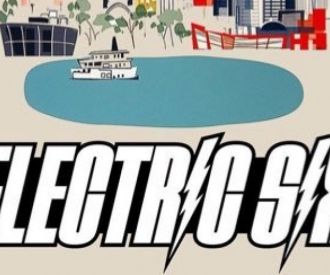 Originally named the Wildbunch, the Electric Six formed in 1999 and throughout the late 90s, they regularly performed at venues such as the Old Miami and the Gold Dollar in Detroit. Their breakthrough album, which is still undoubtedly considered their most successful, was the 2003 debut album Fire which included hits "Danger High Voltage" and “Gay Bar”.

The Electric Six have released 10 more albums since then as well as their record "Human Zoo” in 2014, and “Bitch Don’t Let Me Die!” in October 2015, accompanied by several international tours. In October 2017, they released How Dare You and their latest album, Bride Of Devil in October.

If you lived through the noughties, there is no doubt you remember hearing the Electric Six numbers “Gay Bar” and “Danger, High Voltage” playing incessantly in the charts. Well now is your chance to see these catchy, unforgettable songs performed live in concert!

From autumn 2020, the Electric Six embark on an exciting, extensive UK and international tour and visit most major UK cities. One of the most energetic bands boasting a truly unique, high-octaine sound, there is nothing quite like experiencing the Electric Six live in concert!

What are the Electric Six’s top songs?

Are the Electric Six going on tour?

What is the Electric Six’s most famous song?

The Electric Six’s biggest hit is Gay Bar which was released in 2003.

Who is in the Electric Six?

When did the Electric Six form?

Where did the Electric Six form?

What genre of music is the Electric Six?

What albums have the Electric Six released?

What was the Electric Six formally called?

The Electric Six was originally named the Wild Bunch

Who is the frontman and singer in the Electric Six?

The frontman and singer in the Electric Six is Dick Valentine.