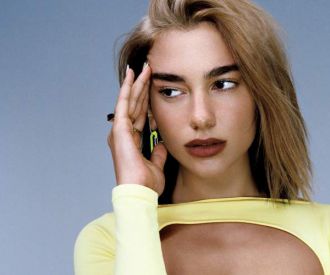 Considered a pop music sensation, the-award-winning Dua Lipa has wowed the world with her plethora of smash-hit singles and sell-out albums. Winner of British Female Solo Artist and British Breakthrough Act in the 2018 Brit Awards, as well as winning a Grammy for Best New Artist in 2019, Lipa has certainly racked up an impressive list of awards which reflects her incredible sucess.

Known for her unique, husky voice and upbeat poppy style, Lipa drew inspiration fromartists such as Gwen Stefani, Madonna, Moloko, Blondie and the Outkast. With her songs ubiquitously heard in shops, clubs and on the radio, Dua Lipa really has made a name for herself in the pop music world!

Originally hailing from Westminster, London, Dua Lipa’s parents are originally from Kosovo, Albania. Her music career really took off at the age of 14, when she started covering songs by other artists on Youtube.

After working as a model prior to her music career, Dua Lipa was signed with the Warner Music Group in 2015 and then went to to release her debut album of the same name in 2017. Reaching number three on the UK Albums Chart, Lipa’s highly successful singles include ‘Be the One’, ‘IDGAF’ and the number-one single ‘New Rules’. In 2018, she went on to release the number one single ‘One Kiss’ with Calvin Harris, which won her 2019 Brit Award of the Year and then a Grammy.

To showcase her upcoming album which will be released in the summer of 2020, Lipa is embarking on an exciting world tour! Visiting more than 24 countries around the globe, Dua Lipa is known for her natural stage presence and charisma, so buy your tickets now for a high-energy, unforgettable evening of seeing pop princess Dua Lipa live in concert!

Having already released two singles from the album ‘Don’t Start Now’ and ‘Physical’, which have already received immense critical and commercial success, Lipa will release the remaining songs in line with her eponymous tour. Described by Dua Lipa as a ‘dancercise class’, Lipa’s upcoming album combines genres of disco and pop with inspiration from artists such as Gwen Stefani, Madonna, Moloko, Blondie and the Outkast. 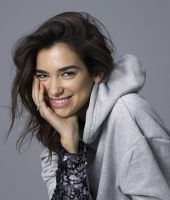