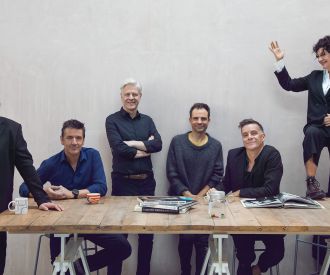 Formed in Glasgow in 1985, Deacon Blue released their highly successful debut album, Raintown, on 1 May 1987. Following this, their second album, When the World Knows Your Name (1989), really marked their breakthrough album, topping the UK Albums Chart for two weeks. In 1993, Deacon Blue released their fourth album Whatever You Say, Say Nothing, until the band split in 1994.

Returning in 1999, Deacon Blue has since achieved several albums, including the sell-out 2012 release, the Hipsters, and their two latest albums, Believers in 2016, and a live album in 2017. The Glaswegian band have headlined many tours and performed incredible live concerts at multiple festivals.

In 2020, Deacon Blue has announced an extensive UK and Ireland tour, Cities of Love, to support their brand new album of the same name which was released in March 2020. While the band will undoubtedly perform some of their latest music, hot off the press, also expect some of their greatest hits, including “When Will You” and “Dignity”. Grab your tickets now for an unforgettable evening of live music!