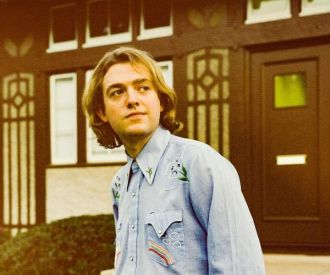 Originally from Austin Texas, Sloan Struble founded Dayglow in 2017 and the band released its debut album Fuzzybrain on September 28, 2018 which was met with great acclaim, which features the hit "Can I Call You Tonight?" and this track has since been certified gold. The emotional, euphoric album resonated with many fans with its sincerity and he earned himself a widespread online fan base.

An extended version of Fuzzybrain was released in 2019 featuring the new tracks “Nicknames” and “Listerine” under Acrophase Records. After a brief hiatus, Dayglow released its first song since 2019, “Close to You” which is unique and impressive in the different influences it draws on.

Following the success of Fuzzybrain and their 2020 release, Dayglow has announced a huge international tour which will stop in several major UK cities include the Electric Brixton in London and SWX in Bristol. Experience Sloan Stubble’s incredible, emotional sound live in concert today!

Who is in Dayglow?


Is Dayglow going on tour?


What are Dayglows biggest hits?

Dayglow’s biggest hits include ‘Can I Call You Tonight?’, ‘False Direction’, ‘Close To You’, ‘Nicknames’, ‘Listerine’ and ‘Hot Rod’.

Where is Sloan Struble from?

Sloan Struble is from Austin, Texas.

When did Dayglow form?


When did Sloan Struble begin his career?

Sloan Struble began his career in 2016.

What genre of music is Dayglow?

Dayglow - Can I Call You Tonight? (Official Video)

Dayglow - How I Made "December"