Internationally acclaimed, David Essex is renowned for his incredible live stage performances and multiple television appearances. Rising to fame in the 1970s, David Essex has topped the charts several times in the UK and also enjoyed huge success in the US.

Originally hailing from Essex and a family of Irish travellers, the star made his first record, “And the Tears Came Tumbling Down” in 1965 and then went on to make several film appearances in Assault and All Coppers Are… as well as starring in That’ll Be the Day. During the 1970s, David Essex released several hits during this decade including “Gonna Make You a Star” (1974), “Hold Me Close” (1975).

In 1976, David Essex covered the Beatles song “Yesterday”, for the musical documentary and developed a strong female fan base after his appearances on pop idol. He also tried his hand at musical theatre and appeared in several productions, including the Andrew Lloyd Webber musical Evita. In terms of his music career, Essex released his last album, Reflections, in 2013.

In the autumn of 2020, David Essex has announced his first big tour in over four years and visits most major cities on an extensive tour! Performing some of his biggest hits, David Essex is renowned for his incredible live stage performances since the Beatlemania days. Catch him live in a city near you! 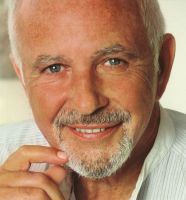