Warning: Invalid argument supplied for foreach() in /furanet/sites/best-tickets.co.uk/web/htdocs/app/_i18n.php on line 287
 Tickets for Chris Ramsey 2022 | Best-tickets.co.uk
Find the best price on Best-tickets.co.uk
Compare prices between 40 official ticket vendors and five resale platforms (where prices may be higher or lower than the price on the ticket). 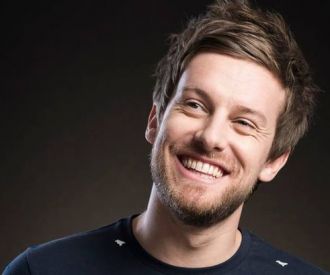 Chris Ramsey, the highly sucessful and critically acclaimed comedian, is embarking on an extensive UK tour. Having rose to stardom at an astonshing rate, Geordie born Chris Ramsey has become something of a cult favourite with his engaging and exceptionally funny performances!

Beginning his career in 2007 with a an open-mic night in Newcastle, Ramsey has since appeared on TV shows Celebrity Juice (ITV2), 8 out of 10 Cats (C4), Live at the Comedy Store (Comedy Central) and Virtually Famous (E4) and even ran his own TV shows The Chris Ramsey Show and Chris Ramsey’s Stand up Central. He also hosts highly successful podcast Shagged. Married. Annoyed alongside wife, Rosie Ramsey.

Expected to be in extremely high demand, Chris Ramsey tickets will sell out fast so buy your tickets now for a hilarious, unforgettable night of live entertainment !