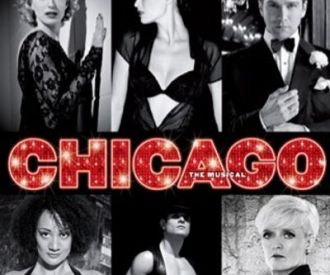 With two Olivier Awards, a Grammy and six Tony Awards, including the one for best revival of a musical, Chicago has become the longest-running American musical in the entire history of the West End of London. Performed for the first time on Broadway in 1975, Chicago the musical has not only become one of the most popular productions in London and New York, but it has also been produced in numerous international versions worldwide. Don’t miss the new production, coming to London in 2020!

In 1920s Chicago, Roxie Hart and Velma Kelly, after murdering their respective partners, do everything possible to make sure their case makes it onto the front pages of all the newspapers. This way, they plan to get the attention of Billy Flynn, one of the best-reputed lawyers in the city, and one who has never lost a case. Tempted by a life of jazz, alcohol and fun, sweet aspiring actress Roxie Hart dreams of leaving her sad life behind and becoming a star, like her idol, popular vaudeville singer, Velma Kelly. Her dream becomes reality when the two are brought together in prison, waiting for a trial that could send them to the gallows.

New Production of Chicago The Musical 2021

Performed for the first time on Broadway in 1975, Chicago the musical went to Cambridge Theatre, London, five years later, after 600 performances. But it wasn’t until 1997 when the production achieved success in the West End, based on new staging directed by Walter Bobbie and choreographed by Ann Reinking. Acclaimed by critics and the public alike, not only did this revival of Chicago the musical win the top theatre awards, but it remained on the billboard for more than 15 years, making it the most-enduring US musical in the West End of London.

After a five-year break, the musical returned to the West End in 2018, specifically, to the Phoenix Theatre, in the popular version choreographed by Ann Reinking for the 1996 Broadway revival. This is an entirely new phase, with a stellar cast: Sarah Soetaert as Roxie Hart, Josefina Gabrielle as Velma Kelly, Cuba Gooding Jr. as Billy Flynn, Paul Rider as Amos Hart, Ruthie Henshall as Mama Morton and Alan Richardson as Mary Sunshine.

How much are Chicago musical tickets?

Ticket prices go from £20 to £125. If you want the cheapest possible tickets to see Chicago the musical in London, we recommend you reserve one of 30 seats available in the grand circle, row J, for £20. But if what you want is a good quality-price relationship, the best seats are the ones at the ends of the rows. You get a very good view of the stage and all end seats come with a discount.

Chicago the Musical at the Phoenix Theatre

Located on Charing Cross Road, on the corner with Flitcroft Street, the Phoenix Theatre is one of the most legendary theatres in the West End of London. This theatre, in the Camden district, has been hosting popular musicals since the 1930s, including Bend it like Beckham: The Musical, Blood Brothers and Chicago. It has space for an audience of 1,008 people, with 474 seats in the stalls, 218 in the dress circle and 254 in the grand circle. The circular layout of the stalls means that the stage is fully visible from any angle.

You may like to look at the seating plan in our images section.

How do you get to the Phoenix Theatre?

The address of the Phoenix Theatre is 110 Charing Cross Road, London WC2H 0JP. The tube stops nearest the theatre are Leicester Square and Tottenham Court Road, while Charing Cross train station is a short walk away. What’s more, bus lines 14, 19, 22b, 24, 29, 38 and 176 to Covent Garden will leave you very near the venue.

How long is Chicago the Musical?

What are the main songs in Chicago the Musical?

The main songs in Chicago the Musical are “Overture”, “All That Jazz”, “When You’re Good to Mamma”, “Roxie”, “All I Care About”, “Mr Cellophane”, “Funny Hunny”,” A Little Bit of Good

Is Chicago the Musical going on tour?

Yes, Chicago is going on tour and the dates are:

What is Chicago the Musical about?

Set in 1920s Chicago, Roxy Hart and Velma Kelly have murdered their partners and try to do everything they can to get the attention of Billy Flynn, who is one of the best lawyers in town. They are attracted by a glamorous life of jazz, alcohol and partying.

The cast of Chicago 2021 has not yet been announced.

Who wrote Chicago the Musical?

When did Chicago the Musical first premiere?

What is the recommended age for Chicago the Musical?

The recommended age for Chicago the Musical is 13+.