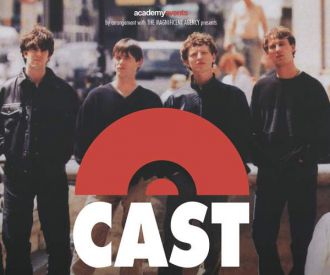 Considered one of the most iconic Liverpool guitar bands of the Britpop movement, Cast, who consists of John Power, Liam “Skin” Tyson”, Keith O’Neil and Jay Lewis. Having released six albums, which includes the top 10 platinum releases “All Change” and “Mother Nature”, Cast have also toured internationally and supports prolific acts such as Oasis and Elvis Costello.

After the legendary John Power left the La’s and Peter Wilkinson left Shack in 1992, Liverpool based indie-pop band Cast was born. With their first two singles, Finetime and Alright making it into the top 20 immediately, Cast enjoyed several smash hits but decided to take a break in 2001, following their successful 1999 album, Magic Hour.

Reuniting in 2010 to celebrate the 15th anniversary of debut album “All Change”, Cast released their fifth studio album in 2012 and continue to produce melodic and wonderfully written songs which wow audiences. Although Cast are undoubtedly children of the Bripop era, they have the incredible ability to move with the times.

Throughout 2020, Cast are embarking on their 25th Anniversary Tour, All Change! Performing the ‘All Change’ album in full as well as other hits, Cast will undoubtedly put on a show. Renowned for their incredible live reputation, experiencing indie-rock legends in concert is an unforgettable experience.

What are Cast’s main songs?

What are Cast’s main albums?

Who are the band members of Cast?

What is Cast’s biggest hit?

Are Cast going on tour?

Where did Cast form?

When did Cast form?

What genre of music is Cast?

Cast are considered to be in the Britpop/alternative rock genre.

Who is the lead singer of Cast?

The lead singer of Cast is John Power