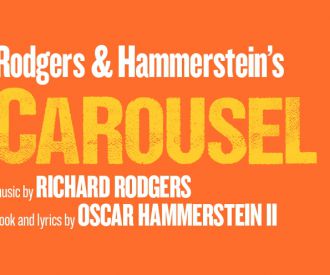 Based on the timeless classic by Richard Rodgers, and originally produced by Rodgers and Hammerstein in 1945, Carousel comes to the Regent’s Park Open Air Theatre this summer with a modern twist. Directed by Timothy Sheade, who is known for his innovative approach to transforming classic musicals, the much-loved tale which explores forgiveness, resilience, hope and human weakness in a completely different way!

With choreography from Drew McOnie and music by Richard Rodgers, Carousel features some of Rodgers and Hammerstein’s most iconic numbers such as ‘If I Loved You’ and ‘You’ll Never Walk Alone’. Enjoy an unforgettable theatrical experience in Regent’s Park’s beautiful surroundings!

Unscrupulous carnival barker Billy Bigelow and mill worker Julie Jordan, two outcasts who do not have many friends or responsibilities, fall in love and their actions come at a price. When Julie falls pregnant, Billy commits crimes in order to provide for her and his unborn child. After getting caught in an armed robbery, he has the choice to make things right, but will he?

Tickets for Carousel start at £29.00 and the most premium tickets are priced at £78. Regent’s Park open air theatre is shaped like a huge semi-circle and has a capacity of 1,200 seats. The best seats in the house are closest to the stage, directly opposite. There are also fantastic setas in the section above, near Gangway 2 and Ganway 3, also directly overlooking the stage.

If you are looking for more reasonably priced seats, these can be found near Gangway 1 and Gangway 4 at the sides of the theatre. Viewing is slightly restricted in these seats but you can still soak up in the incredible atmosphere at Regent’s Park Open Air theatre.

Award-winning Regent’s Park Open Air Theatre opened in 1932 and is now one of the largest theatres in London. It is located in Regent’s Park, a royal park in north-west London., partly in the City of Westminster and partly in the London Borough of Camden.

Given that Regent’s Park Open Air Theatre is in central London, we recommend that you take public transport to get there. However, it is also accessible by car. The full address of the theatre is:

Tube: the theatre is only a 10 minute walk from Baker Street underground station. When you leave the station, exit onto Marylebone Road and then turn left. Go past Madame Tussauds Museum and after that turn left into York Gate. Follow York Bridge to the end and go through the large gates into Regent’s Park. Carry on walking straight and you will see the theatre on your left.

Regent’s Park Open Air Theatre prefers to speak directly to access customers about their visit. If you have any specific access needs then call them on 0333 3202 834.  When you are accessing the auditorium, you can enter via a sloped path and after that patrons can find immediate access to the access row of seats. There are shallow steps to reach the lower tier and steeper steps to reach the upper tier.

There is an accessible toilet which is located to the left of the box office entrance as you go in the theatre and also another as you leave.

There is level access in the theatre and 4-8 wheelchair spaces depending on the show.

Guide dogs are welcome in the performance

Regent’s Park Open Air Theatre’s auditorium and stage are not covered at all so shows can be cancelled due to weather. If there is a problem with the weather, tickets are non-refundable but may be exchanged. Please visit the website for further details.

There is a Summer Café, The Grill and Covered Dining areas 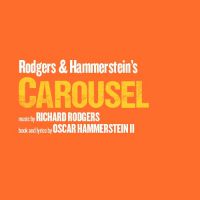 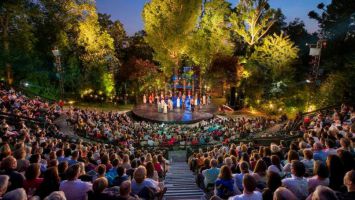 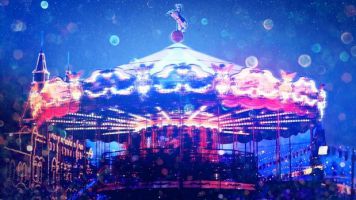