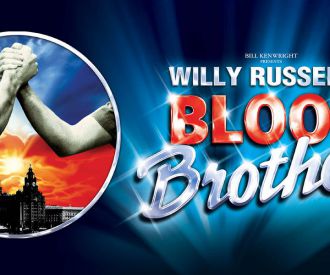 Winner of multiple international awards and successful runs on the West End and Broadway, smash-hit Blood Brothers the Musical is embarking on an extensive UK tour starring Lyn Paul. Blood Brothers follows the captivating story of two brothers who grow up in extremely different worlds. A  timeless tale which explores issues around nature vs. nurture, Blood Brothers has moved the hearts of many.

Deserted by her husband, Mrs Johnstone , who is a housekeeper for a wealthy family, unexpectedly falls pregnant to twins as well as having to feed eight hungry children.  In her desperation, she gives away one of the twins, Edward, to her employer. While Edward, an only child, grows up in a wealthy world full of opportunity, Micky lives with his mother and eight children.  When the two brothers are reunited, they decide to be blood brothers, yet the differences in their backgrounds pulls them apart and leads to tragedy.

Written by Willy Russell, Blood Brothers became a classic novel taught in the classroom and is now a musical sensation. Bill Kenwright’s adaptation has achieved a ground-breaking 10,000 performances on London’s West End and also toured internationally.

Featuring a mesmerising musical score, dazzling choreography and exceptional acting, Blood Brothers is an exhilarating theatrical experience which can be enjoyed by the entire family. Buy your tickets now to avoid disappointment! 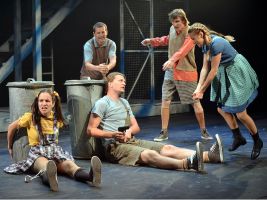 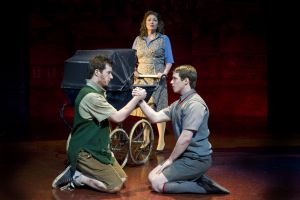 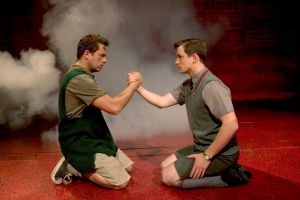 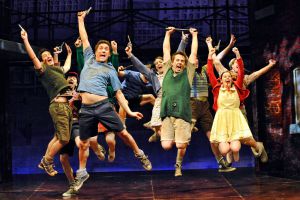