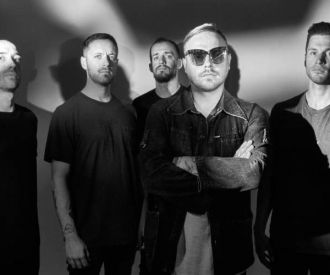 Originally hailing from Brighton, Architects are a legendary metalcore band consisting of band members Dan Searle, Sam Cater, Alex Dean and Adam Christianson. Celebrated for their unique and complex sounds, Architects’ sound has evolved extensively over the years and are more recently known for their politicised lyrics.

Architects released their debut LP Nightmares in 2006 and then went onto release their second album Ruin the year after. While their sound is undoubtedly rooted in metalcore, Architects changed their sound to a more melodic post-hardcore direction with their most recent album The Here and Now. Since then, the band have released more seven studio albums and their most recent album, For Those That Wish To Exist, which has been met with international acclaim.

Over the years, Architects have extensively toured to some of the top UK cities and festivals including appearances at festivals including Reading and Leeds, Lowlands and Summerblast where they have captivated audiences with their high-energy and incredible stage presence.

To support their most recent album, ‘For Those That Wish to Exist’, Architects have announced a huge UK arena tour and are visiting most major UK cities from July 2021 and then other arena tours in February and March 2022. Experience Architects live in concert in an arena near you and are blown away by their incredible, vibrant stage presence and ability to rouse a crowd!

Who are the band members of Architects?


What are Architects biggest hits?


Architects biggest hits are Doomsday, Hereafter, Gone with the Wind, Gravedigger, Modern Misery, Holy Hell, Downfall, Naysayer and A Match Made In Heaven.

What are Architects top albums?

Architects top albums include All Our Gods Have Abandoned Us, Lost Forever, Lost Together, Daybreaker, Hollow Crown, the Here And Now, Holy Hell, Ruin and For Those That Wish to Exist.

What genre of music are Architects?


Architects genre of music is rooted in Metalcore and progressive Metalcore.