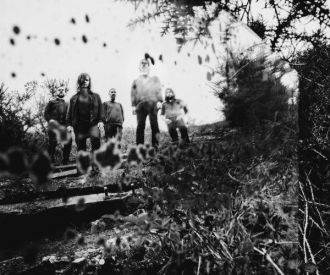 Formed in 1999 by lead singer Colin H.Van Eeckhout in West Flanders, Amenra. Before forming the band, they were in the hardcore punk band Spineless but split up in pursuit to make music with more ‘heart and soul’. After creating their debut solo album Mass I, they went onto release five more studio albums in the highly successful mass series of which the latest were released on Neurot Recordings.

Amenra are known for their highly visual and entrancing live performances in which they use spectacular visual art. Experience one of Amenra's incredible high-energy, mesmerising performances on their extensive tour in 2021!

What is Amenra's biggest hits?

Amenra's biggest single hits are Boden, Ritual, Am Kreuz, Nowena  A mon ame and many other big hits.

Amenra's main albums are a series of albums named Mass I-VI which they have released since 2003.

When did Amenra form?

Where did Amenra form?

Who is in Amenra?

What genre of music is Amenra?

Amenra is classified as death metal.

When did they join Neurot Records?

They joined Neurot records with the release of Mass V

Who are past members of Amenra?