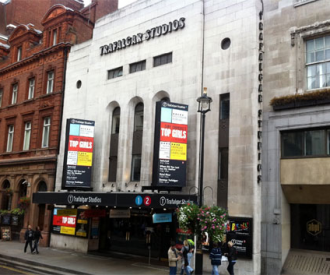 A unique and modern theatre venue, Trafalgar Studios is constantly welcoming a range of varied and ground-breaking productions. The venue is always striving to showcase new, talented directors and writers and is also associated with Donmar Warehouse Theatre productions. Trafalgar Studios has welcomed productions such as the Royal Shakespeare’s Company’s Othello, Judy Garland’s End of the Rainbow, Three Days in May, Sex With a Stranger, The Leisure Society, Whitehall Farces, Jane Eyre, A Christmas Carol, Sweeny Todd Pyjama Tops and the Greatest Play in the History of the World. Productions at Trafalgar studios often run for a limited time and showcase challenging and innovative new work. With tickets at reasonable prices, it is often a very affordable evening at the West End!

After undergoing renovation in the early 2004, the Trafalgar Studios reopened as two studios: Trafalgar Studios 1 and 2 which both regularly show exciting new plays. IN 1996, the theatre was declared a Grade II listed building by the English Heritage. Located in the heart of central London, Trafalgar Studios is close to several amenities, such as shops, attractions and restaurants. While it has changed hands several times, it is currently owned by the Ambassador Theatre Group (ATG), which manages over 50 theatre venues across the world.

The Trafalgar Studios is divided into two flexible performance spaces: studio 1 and studio 2.

With a capacity of 380 seats, Studio 1 is a flexible space and not split into different sections as it often is in a traditional theatre. However, if you are looking for premium seating, this can be found in the mid-centre of the theatre, especially in rows D-G. If you are looking for slightly cheaper tickets, then these can be found at the rear of the venue as these seats are furthest away from the stage and have slightly restricted viewing. However, the fact that it is a small auditorium means that generally you can enjoy excellent views of the stage.

Trafalgar Studios 2 is a much smaller performance space with a capacity of 98 and is often hosting new talent which would otherwise struggle to run at the West End. The best and most expensive seats are directly opposite the stage, in row A and B. Slightly cheaper tickets can be found to the sides, in row D and to the back in Row C. Given that it is such a small performance space, views are generally good and the theatre provides an intimate theatrical experience.

Located in the centre of London, Trafalgar Studios is easily accessible by public transport. However, travelling by car is also a viable option but please note that the theatre is inside London Congestion Charge Zone. The Trafalgar Studios London address is:

Tube: the nearest tube station is Charing Cross tube station (Northern Line, Bakerloo Line) which is only a 5 minute walk away from the theatre.

Train: Charing Cross train station is a short walk away from the Trafalgar Studios.

If you have any special requirements or access enquiries please call e: 0800 912 6971 / Text-type: 18001 0871 2975477, or email access@trafalgarentertainment.com. It is important to notify the theatre beforehand so that they can assist you during your visit.

Getting into to the venue

Trafalgar Studios is easily accessible for wheelchair users as the Foyer, Foyer Bar and Box Office can be accessed from street level. Yet it is worth noting that the pavement in front of the main entrance is up 2 steps. However, there is an alternative, flat entrance on Spring Gardens.

There is a customer lift so the theatre is easily accessible for customers with limited mobility. The entrance of Trafalgar Studio 1 has step free access. When you enter the theatre, please take the lift so that you can reach this entrance. Wheelchair spaces are in the front row of the auditorium.

If you are accessing the bars in Studio 1, please remember that the seating is raked and that there are 25 steps down from the Foyer/Box Office to the Studio Bar. There is an at-seat drink service available for customers who are unable to access the studio bars.

Studio 2 can also be accessed using the customer lift. If you choose to take the stairs, there are 25 steps down from the Foyer and 3 steps up from the Studio Bar to row c and 3 steps down to row A.

There are both induction loops necklaces and headsets available for your customers.

Guide dogs are welcome to join you in the auditorium and staff are also happy to look after dogs during the show in accordance with Guide Dogs for the Blind Guidelines.

Admissions at the Trafalgar Studios Trailer 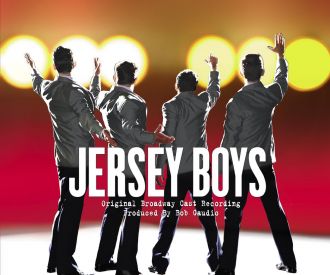