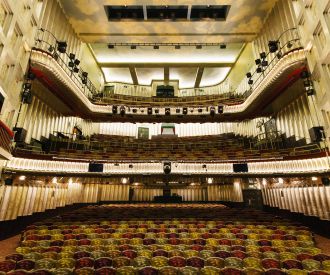 With a capacity of 1228 seats in total, the Savoy Theatre boasts a huge auditorium and is divided into three sections. The Stalls, the area closest to the stage, has 519 seats, 347 Seats in the Dress Circle and 262 seats in the Upper Circle. Depending on where you choose to sit in the theatre, the Savoy Theatre ticket prices vary greatly.

Premium seats can be found in the middle of the stalls fairly close to the stage. You can also enjoy incredible views of the stage in the Dress Circle and particularly in the seats mid-front of this section of the theatre.

Alternatively, if you are looking for great value seats, these can be found in primarily in the Upper Circle which is the area of the theatre furthest away from the stage. You can also still enjoy excellent views but cheaper tickets in the back row of the Dress Circle. However, the best value tickets are the Day Seats offered by the Savoy Theatre- queue at the theatre before 10am and you can buy front row tickets for a heavily discounted price. This is a great idea if you are looking for cheaper tickets as long as you don’t mind craning your neck slightly.

Located on the stand, the Savoy Theatre is very easy to get to using public transport. You can also get to the theatre by car but please be aware that it is within the London congestion zone. Here is the Savoy Theatre London address:

Rail: if you are travelling by train, then the nearest train station is Charing Cross Railway Station which is about a 5 minute walk from the Strand.

Car: the Savoy theatre is part of the Q-Park’s Theatre Land Parking scheme which means that you can enjoy 50% off on parking. Bring your parking ticket to the theatre and a member of staff the closest car parks to the theatre in ChinaTown and Trafalgar Square. Please visit the website for further information on this. Alternatively, there is also an NCP underground car park in Parker Street and the London Covent Garden Parking Garage.

The Savoy Theatre London Access line: 0844 871 7677 or you can email the Savoy Theatre Access Champion on staceystone@theambassadors.com. Please contact the theatre beforehand so that you can notify staff of any requirements before your visit.

You can access the Savoy Theatre from Savoy Court which can be accessed step free. There is no customer lift in the theatre but the Dress Circle has a step-free entrance on Cartin Lane. If you wish you use this entrance, please contact a member of staff at the Box Office on arrival who will escort you to the Carting Lane entrance. It is recommended that you arrive at the theatre 30 minutes before the show if you require this assistance.

The Stalls can be accessed via 75 steps and the Upper Circle 34+ steps; this section is not recommended for customers with limited mobility as there is not much legroom and no customer lift. The Stalls does include extra legroom but there is no customer lift to reach it.

We recommend that customers with limited mobility sit in the Dress circle as there is two wheelchair space and transfers are available at the end of Row F and Row G. This section of the theatre can be reached on Carter Lane.

Guide Dogs are welcome in the theatre or alternatively staff are happy to look after them during the performance.

Adapted toilets are located at the dress circle

Built by Richard D’Oyly Carte and designed by C.J Phipps on the site of the old Savoy Palace, the Savoy Theatre opened on 10 October 1881 and D’Oyly Carte originally built it with the intention of showcasing a series of Gilbert and Sullivan comic operas. As a result of this, it then became known as the Savoy operas. When it first opened its doors, it was considered one of the most exquisitely fitted theatres in all of Europe with its modern, renaissance style interior. It was also the first building in the world to be lit solely by electricity.

Until 1915 the Savoy Theatre was managed by Richard D’Oyly Carte and then it changed hands to his son Rupert D’Oyly Carte in 18915 who continued to showcase Gilbert and Sullivan theatre productions. However, on the 3rd of June 1929, the Savoy Theatre was demolished and rebuilt by architect Frank A Tugwel and designed by Basil Ionides. In 1982, the internationally acclaimed Micheal Frayn’s Noises Off ran at the Savoy Theatre after premiering at the Lyric theatre and enjoyed an extremely successful run. It continued to host Gilbert and Sullivan’s shows as well as other performances until the famous fire of 12th February 1990, which completely destroyed the building. However, the Savoy Theatre was rebuilt in line with Tugwel and Iondies’ 1929 style and is still boasts a beautiful and unique interior. Reopening on the 19th July 1993, with an English National Ballet’s production of the Royal Gala and since then it has continued to host a huge variety of successful shows of different genres. 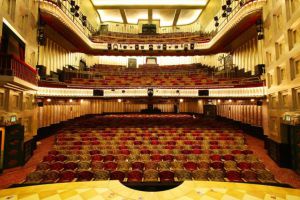 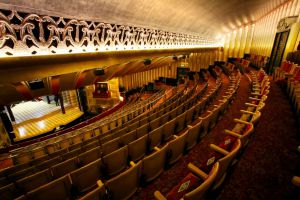 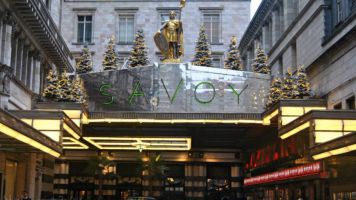 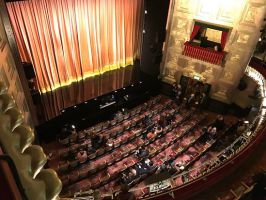 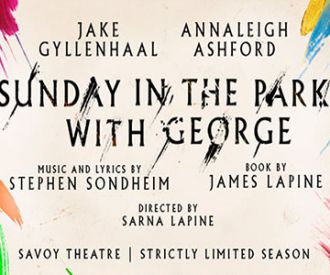 Sunday in the Park with George

Sunday in the Park with George