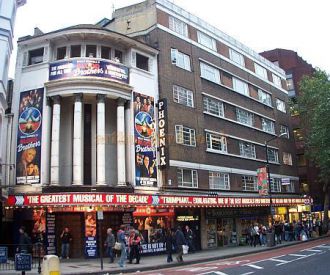 Located on Charing Cross Road, the Phoenix Theatre London is a West End theatre in the centre of Camden and is situated close to Chinatown and Shoho. Welcoming a range of musicals, plays, comedians, pantomimes and other forms of entertainment, the Phoenix Theatre is a major venue in the West End. For example, the Phoenix Theatre has hosted productions such as Night and Day, the Biography Girl, The Baker’s Wife, Into the Woods, Snow White and the Seven Dwarfs, Bend it Like Beckham: the Musical, Guys and Dolls, the Last Tango, The Girls, which starred Gary Barlow and made its London premiere here, Chicago the Musical and Come from Away, which has received critical acclaim. It is known for premiering new plays from famous playwrights.

Considered one of the most beautiful theatre venues in the West End and a Grade II listed building, the Phoenix Theatre boasts an lavish Italian style interior which has golden engraves, plush red seats, sculpted wooden doors and carpet curtains. The Phoenix Theatre is now managed by the Ambassador Theatre Group, which operates about 50 theatre venues worldwide and is regarded as a global leader in world theatre.

With a capacity of 1024 seats, the Phoenix Theatre boasts a fairly large auditorium with its beautiful, neoclassical building. The auditorium is divided across three levels: the Stalls, the Dress Circle and the Grand Circle which all have slightly different views depending on where you choose to sit.

The Stalls: closest to the stage, the Stalls is undoubtedly the largest section of the theatre with a capacity of 490 seats. You can find some of the best seats in the house in the Stalls and especially in rows C-K. The Stalls provide an immersive theatrical experience and are recommended for intimate plays. Even in the Stalls, there are discounted seats at the end of rows.

The Dress Circle: as the section of the theatre in the second tier and just above the Stalls, the Dress Circle is also fairly large with a capacity of 254 seats. If you are looking for incredible views of the stage, which are particularly good for large scale musicals, then the first row of the Dress Circle is ideal. There are slightly cheaper tickets towards to the ends of any rows and the rear of this section.

*​Calls cost 7p per minute, as well as your phone company’s access charge.

The Phoenix Theatre London address is:

Train: the closest train station to the Phoenix Theatre is on Charing Cross Station which is about a 15-18 minute walk away.

Tube: the nearest tube station to the Phoenix Theatre is Tottenham Court Road (Northern, Central) which is about a 5 minute walk away. Covent Garden and Leicester Square are also only about a 10 minute walk away and are served by the Picaddily and Northern lines.

If you have any questions about access before your visit, then please call 0844 871 7677 (calls cost 7p/pm) or email: phoenixboxoffice@theambassadors.com. It is necessary that you contact the theatre beforehand regarding any access bookings.

Located on Charing Cross Road, the main entrance to the Phoenix Theatre has level access through double doors. There is also another entrance on Flitcroft street, which will lead to directly to the Dress Circle. If you do wish you use this entrance, please let staff know on arrival so that they can help you.

There is no customer lift in the Phoenix Theatre and all sections must be accessed by steps. The most accessible area of the theatre is in the Dress Circle, which has step-free access using the entrance on Flitcroft street or is 21 steps from the main foyer. In the Dress Circle, there is one Wheelchair space available in Box C or alternatively transfers are available in A28 and A27 with a room for a companion beside this seat.

The other sections of the theatre are not suitable for customers with limited mobility. The Stalls can be accessed via 22 steps down and the Grand Circle is 70 steps up from the main foyer.

There is an at-seat service available for all customers who cannot access the bars in the Phoenix Theatre.

If you are looking for a VIP theatrical experience, then you can enjoy the Ambassador Lounge which involves drink, nibbles and a complimentary cloakroom. Please see the website for more details.

The Phoenix Theatre was originally built for Baron Sideny Berstein and was designed by Sir Giles Gilbert Scott, Bertie Crewe, and Cecil Massey. It first opened on the 24 the September 1930 for the premiere of Private Lies by Noel Coward starring Adrienne Allem, Gertrude Lawrence and Laurence Olivier. Throughout the 1980s and the 1990s the Phoenix Theatre welcomed many different musicals as well as other Shakespearean Plays. Since then it has hosted a range of successful productions and been a venue for world premieres. 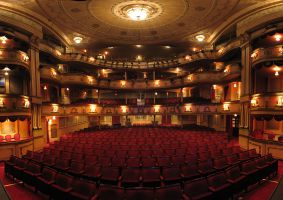 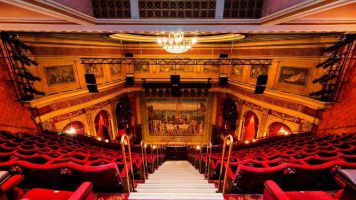 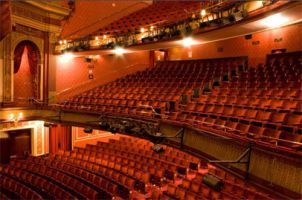 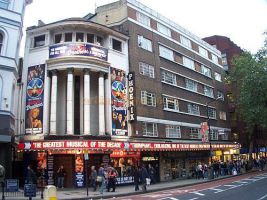 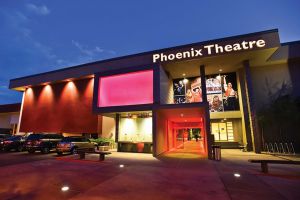 Once - Phoenix Theatre Get In 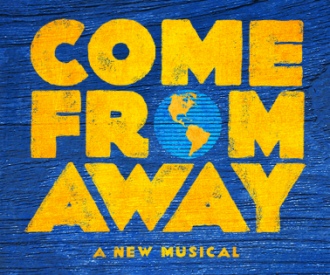