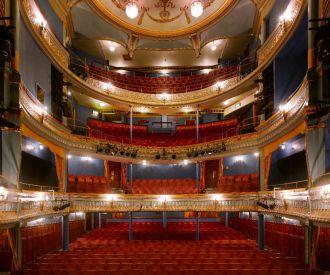 Located on Panton Street in the City of Westminster, the Harold Pinter Theatre is a major West End Theatre venue. Named to honour the late Harold Pinter, a famous director, screenwriter and actor, the venue welcomes an array of world-class shows and also premiers the ground-breaking work of playwrights such as Arthur Miller and Tennessee Wiliams. From 2014 to 2016, the Harold Pinter Theatre has been staging the multi-award winning production of Sunny Afternoon, which has a stage that juts out into the Stalls. The Harold Pinter Theatre has also welcomed plays such as The CareTaker, Peggy for You, Little Malcolm and his Struggle Against the Eunuchs, Journey’s End, Steptoe and Son, Michael Frayn's Donkey's Years, the Rocky Horror Show, the Boeing-Boeing.

Boasting an old, exquisite Victorian building with three horse-shoed balconies, the Harold Pinter Theatre is a Grade II listed building and has undergone several refurbishments but still retains its beauty. Having changed hands several times, the Harold Pinter Theatre is now managed by the Ambassadors Theatre Group, who owns over 50 UK theatre venues.

With a capacity of 785 seats, the Harold Pinter Theatre is divided across four levels: the Stalls, the Dress Circle, the Royal Circle and the Balcony. Ticket prices can vary depending on where you choose to sit in the auditorium. The Harold Pinter Theatre is a relatively large auditorium in the West End and is divided into four sections: the Stalls, the Dress Circle, the Royal Circle and the Balcony, the Stalls being the largest section of the theatre by far.

As the second tier of the theatre, the Dress Circle has a capacity of 109 seats and a range of different seats can be found here.

This is the third tier of the theatre which has a capacity of 109 seats.

Visibility in the Harold Pinter Theatre

Given that there are many pillars throughout the theatre and the Balcony is the furthest section at the back, there can be many seats found at discounted prices. Whether you are looking for premium or discounted tickets, both can be found in the Harold Pinter Theatre/

The Harold Pinter Theatre cannot take advance bookings between 18:00 and 19:30, as this time is for evening's performances only.

The Harold Pinter Theatre is situated in the centre of London as is easily accessible by both public transport and car. However, please be aware that it is inside the London Congestion Charge zone and you will have to pay £11.50 per day from 7am to 6pm, so it is cheaper and easier to travel by public transport. The Harold Pinter Theatre address is:

If you have any questions or need to book any access requirements prior to your visit, then please call 0844 871 7677 (calls cost 7p/pm) or email customercare@theambassadors.com. There are also discounted tickets available with one companion, please call the access number beforehand.

When entering the Harold Pinter Theatre main entrance, there is level access which leads you to the theatre foyer and the box office. There is also a drop-off point outside of the theatre.

However, you can also use the alternative entrance, which has a side exit located on Oxenden Street where a temporary ramp can be put in place. This entrance allows access to the Dress Circle, which is the most accessible area of the Dress Circle.

Customer assistance is also available for those with limited mobility. Staff are happy to provide an at-seat service for customers who cannot access the bars and staff are happy to help you navigate the theatre on your visit. 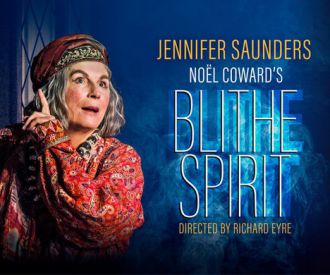